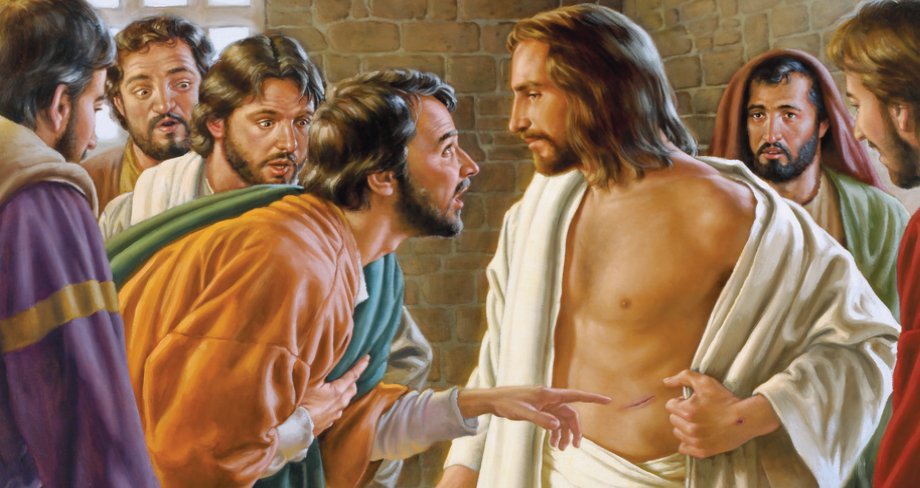 Today, mother church celebrates the feast of St. Thomas the apostles, the Patron Saint of India. St. Thomas was one of the Twelve Apostles who was sent to proclaim the Good News, by the risen Christ. St. Thomas successfully completed his mission and spread Christianity even in South India. Let’s reflects on Thomas’ faith in Jesus.

On the day Jesus arose, later that day (the first day of the week), out of fear the disciples were gathered in a locked room, but Thomas was out in the market place. He probably was enquiring, possibly even with roman soldiers about the body of Christ. Meanwhile Jesus appeared to the disciples in the locked room and greeted them. They were astonished to see Jesus in his resurrected body. Probably such an experience could only be claimed by John, Peter and James when they had the divine experience on Mount Tabor, at Jesus’ Transfiguration. Now all the disciples had the same divine experience and their faces shone because of Jesus’ Presence, which drove away all fear, sadness, animosity, confusion etc. Thus, they were emboldened by Jesus’ Spirit which he breathed on them. When the exhausted Thomas returned and was told a fantastic story of a Resurrected Jesus, he was in a state of confusion. He could see the change that had come over the rest of the Apostles, but his brave faith was not blessed with the experience of the Risen Christ. Yet the story he was being told was out of this world. He knew they were not lying to him, yet he did not want to believe because others had told him of their experience. He wanted to experience Jesus for himself. In the end he told his fellow apostles, ‘unless I see in his hands the mark of the nails, and place my finger into the mark of the nails and place my hand into his side, I will not believe.’

This statement of Thomas also echo’s the doubt of the Jewish Community, they wanted a personal and private audience of the resurrected Jesus, so they could accept him as the authentic, much awaited Messiah.  But then there were those who to save face, tarnished the name of Jesus and spread the news that Jesus’ Disciples stole his body and made up the story of a Resurrected Jesus.

Eight days later Jesus once again visited the 11 disciples, and right away asked Thomas to inspect his nail and spear wounds. Thomas must have just stood there with an astonished look, but he could see for himself Jesus there in front of him with his wounds, yet with a new body, he could not explain/understand everything, but there was that peace that engulfed him, and he knew. “My Lord and My God,” he said, and that was what he did, he surrendered his life to the service of his Master and Lord – Jesus the Christ, accepting all suffering to serve Him. He finally made way to India, establishing a Christian Community here and also the honour of martyrdom for the sake of his Lord and Master. Tradition has it that he was martyred in A.D.72 at St. Thomas Mount in the city, and was interred in Mylapore, Chennai, India. Later a church was built over his supposed tomb and today is known as the San Thome Basilica.

Like Thomas we too sometimes have doubt’s or are in a confused state of mind, but it is always good to have these clarified by a competent person of faith. This will help us to grow and stand firm in our faith and witness it to others. In today’s world Jesus is searching for men and women for his ministry.

This is possible if we yield to Jesus like St. Thomas, and be nourished by him, though his Word and the Eucharist.