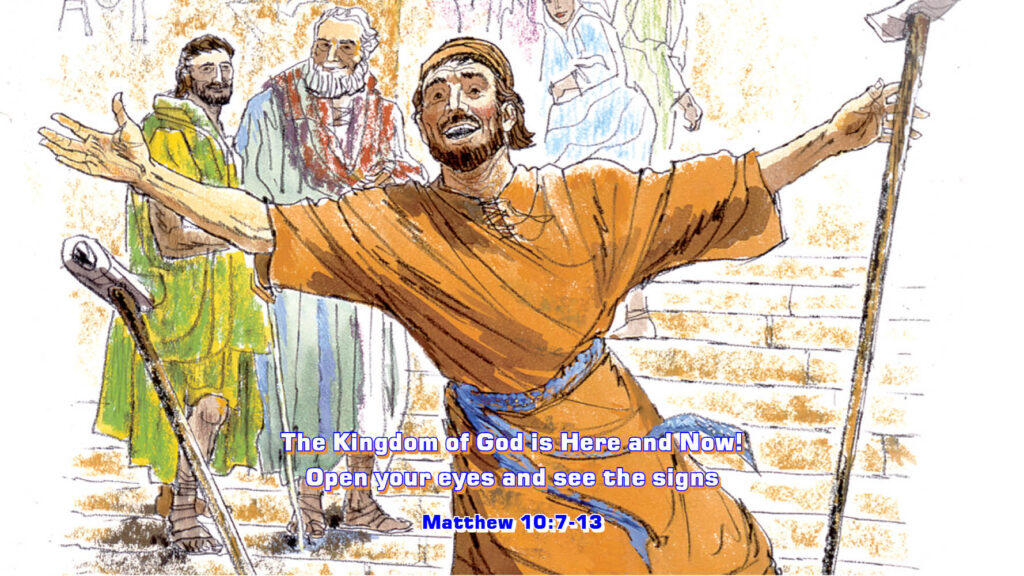 Jesus during his public ministry, he called his disciples and sent them in pairs to different village to proclaim God’s kingdom. He gave them power and authority over sick, death, and demons. Jesus instructed his disciples not to carry any bags or sandals or tunic on their way thus they  completely relied on his master. Disciple found nothing lacking on their journey. They were happy and joyfully completed their mission and return to their master.

Similarly, In early Christian community apostles proclaimed the good news and bore witness to Christ . Apostles life styles was totally changed and there is nothing lacking in their life. Many people were attracted by apostles preaching, teaching and good deeds thus more believer joined the church.  Some ordinary people along with apostles have served the Lord Jesus. There was no division or partiality among the Christian. Each one worked for betterment of the community.

As an ordinary man Barnabas was helped the apostles in their mission. He was faithful and good man, filled with holy spirit . He sold his land and contributed for building God’s kingdom. He was the companion of St. Paul also he who introduced Paul to other apostles. Barnabas and Paul were called for a missionary and they become an apostles for gentile people as per their call both of them serve the lord till the end of their life. Both of them are committed their way and life to Jesus. Jesus used both of them in a mighty way thus gentiles were blessed through them.

Like Barnabas even we can serve the Lord Jesus in our parish, community and society. No qualification,  knowledge, age, gender, position required to do God’s work instead need desire to do God’s work. If we contribute willfully to builds God’s kingdom then God shower his blessing from above abundantly on us and we too can become apostles for Christ.