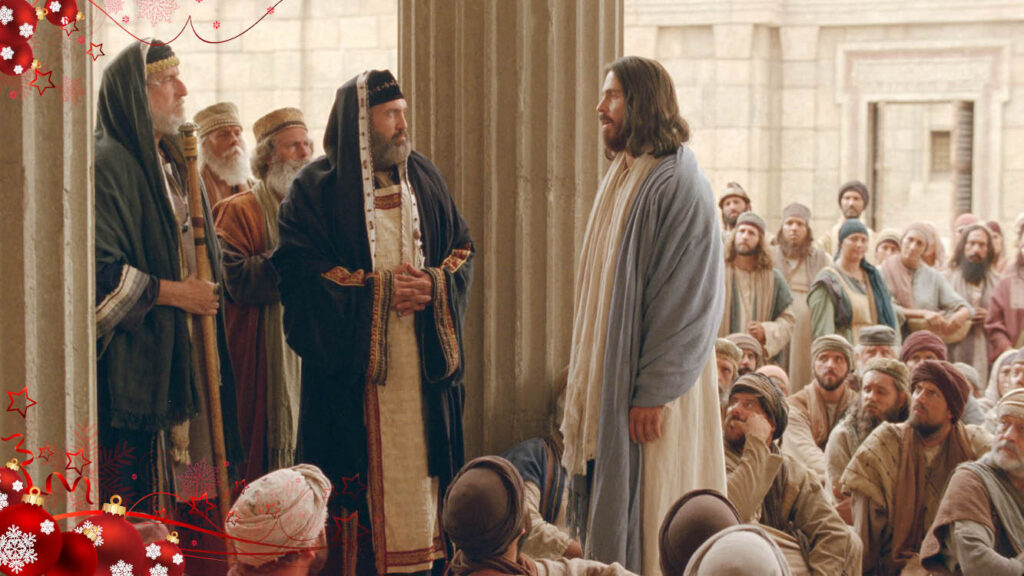 We see the desperation and frustration of the chief priests and elders who have been following Jesus.  This time they boldly ask Jesus a question on divine authority with an intention to trap him as they very well knew that no human had the power to heal, forgive, perform nature miracles where even the storm listen to him, and also the demons tremble at his word. From here the conflict between Jesus and Jerusalem leaders begin which later leads to his excruciating death.

Jesus being who he is, was aware of what was in their minds and very smartly he puts up a counter question which if answered either ways they would be trapped.  Jesus appeals to the prophetic tradition with the example of John’s baptism. But it became difficult for the leaders to answer as this was outside the law.

By now John the Baptist was a known figure and most of the Jews had accepted John as the prophet.  The Jews had not encountered any prophets for the last 400 years after Micah and were eagerly waiting.  John ‘s bold proclamation to repent and make straight the way to welcome the Messiah was well accepted and now when Jesus was preaching and doing mighty works, they were doubly sure that John was a prophet sent by God.  By saying “they don’t know” the leaders confess their incapacity in religious matters.

Even today we are faced with doubts and confusion when we see the world following the easy way and most of the times, we get into herd mentality and follow the crowds.  Let us pray to the Holy Spirit to help us find answers to our questions and guide us the right way which leads to our Lord Jesus.

With reference to this Gospel Reading, let us discuss, what is truth? This becomes important, because we see there is no sincerity on the part of the Authorities to play fair, and arrive at a proper and just resolution about Jesus, and where he came. They had heard all that He did and all the claims He made about himself. They were here to confront him and discredit Him, because he had become a thorn in their flesh. Matthew has already set the background to this reading, He has just cleansed the Temple of the Market Place and the Traders. He was calling for a reformation of the people, telling them to mend their ways and return to God with a seeking, searching and sincere heart. They were responding to Him and following Him. This then was a threat to the Authorities many of whom had bought their positions of Authority from the Roman Government and other Agents.

What is Truth then? Firstly it is acknowledging our own reality which is incomplete without God, and that we need God’s love and guidance to walk through life in peace, joy and harmony. Truth is the Creator Himself, who’s love for us has remained unchanged from Day One, patiently like the Prodigal Father, waiting for us to return to Him. Truth is unchanging, same always, and is the fundamental of the Created order, including Humanity. To run away from it is to deceive ourselves, and tie ourselves in knots of hypocrisy, confusion, binding of self, etc. I like to call Truth by another name – Jesus. He comes to unbind us from everything that we have mired ourselves in. He comes to wash us from every filth that we have sunk ourselves in in the bog of self-deception. He is the un-binder of the knots that hold us back in life. And towards this the Almighty Creator left his seat in the heavens, and came to reside with us permanently in and through his Incarnation.

We celebrate his Incarnation, where he became Human, at Christmas. Lets review ourselves at this time of Advent, is there Truth in us, even as we journey towards Christmas. So when we do meet Him in the Manger, what will our gift to him be, Truth or Hypocrisy?

Pray and invite the Holy Spirit to make this Advent fruitful for you, that you be transformed by the Truth.