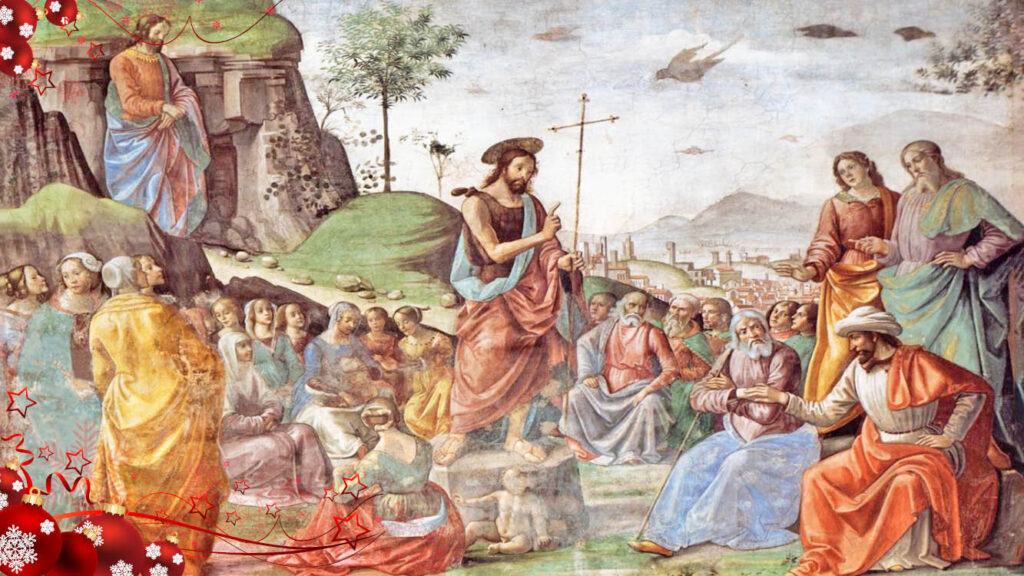 Previously we were asked to reflect and repent, prepare the straight way. Well! How do we walk on the path to welcome the Messiah, the King of Kings?

John the Baptist doesn’t seem to have wasted time and breath going into the details of ethical debate and makes the point clear – Get back on track by doing good, being fair and just, empathetic and be the light rather than an obstacle for the others waiting to receive the Messiah. His approach isn’t like the learned rabbis who lay the heavy burden of following the Jewish laws letter by letter on the people. Thus, John the Baptist becomes a guide rather than the Judge. John himself clearly mentions his role as the one who was to prepare the people for the Messiah and Righteous Judge.

The special cases John deals with are doubly interesting. Nobody likes paying taxes at the best of times, and some of the taxes were levied simply at the whim of local rulers, shamelessly lining their pockets and giving the collectors tacit license to do the same. John doesn’t say they should stop working for the hated rulers; he’s not going to recommend unemployment. But they must earn their living and no more. No getting rich at the expense of their own people.

The soldiers are probably from Herod’s own troops; they are unlikely to be Roman soldiers, coming to a Jewish prophet for a ritual that only made sense within Israel’s national story. Like the tax-collectors, they aren’t told to abandon their careers, but they must avoid abusing their position, as was evidently commonplace. No thuggery, using their brute force to rob people with impunity. ‘Be content with your wages’ isn’t a way of telling them not to campaign for higher but just wages from their employers. Rather, the soldiers are not to use a complaint about low pay as an excuse to rob and pillage (‘Herod doesn’t pay us enough, so we have no choice’).

Simple, clear commands; but if they were obeyed they would demonstrate that people meant business. None of these things happens by chance; they only occur when people have genuinely repented of the small-scale injustices which turn a society sour. But there is more. John is not just a moral reformer; he is not just announcing that the time has arrived for the great liberation, the great new Exodus. He is the herald of the Messiah.

The idea of the Messiah as judge as well as saviour is an important part of mainstream Jewish expectation; the Messiah would bring God’s justice to the world, and this would involve naming and dealing with evil. John speaks of him in terms of the fork and the fire: the farmer’s fork, to separate the wheat from the chaff, and the fire that burns up the chaff once it’s been separated. It’s not exactly the picture of Jesus that many Christians want, but unless we are to step right outside the biblical witness it’s one aspect of the truth we have to take seriously.

So, we are called to be like John the Baptist, a bright guiding light leading people towards Jesus, rather than being a condescending judge by condemning them.