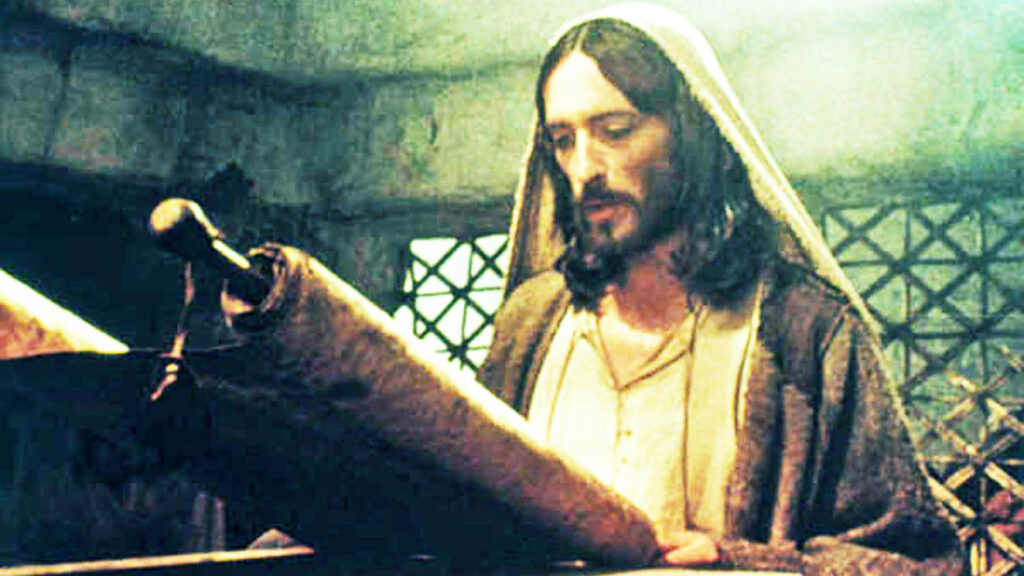 Jesus began preaching and teaching in Nazareth in his home town; a small village of little or no importance. Jesus’ work and teachings showed the signs of God’s Spirit. The whole of Galilee and all the surrounding countryside praised and awaited for his word. They could already see Jesus as the Messiah, the anointed one. Jesus as required, attended the synagogue one sabbath and in all humility and respect, and took part in the worship. During this time he was asked to read from the scriptures, and he choose to read from the book of the prophet Isaiah

“The Spirit of the Lord is upon me, because he has anointed me…
to bring good news to the poor.
He has sent me to proclaim release to the captives and recovery of sight to the blind,
to let the oppressed go free,
and to proclaim the year of the Lord’s favour.”

Jesus at the end of this passage announces that these words have been fulfilled in Him reading them. The Listeners are aghast. No they considered him a prophet, yes, but not the Messiah. They had seen him grow up before their eyes, he was no warrior, his birth was a scandal, and his life was that of an average carpenter. He had no whatsoever connection to royalty (as far as they knew), He could not be the Messiah, nor was he God as he was presupposing in claiming the fulfilment of Isaiah’s words…

Come Lord Holy Spirt even as you filled our Lord Jesus with your Wisdom and Grace, fill us too, and remove the scales of pride and deceit from our eyes and heart. Help us to see you at work in us and around us. Help us to move and live in your presence and grace.