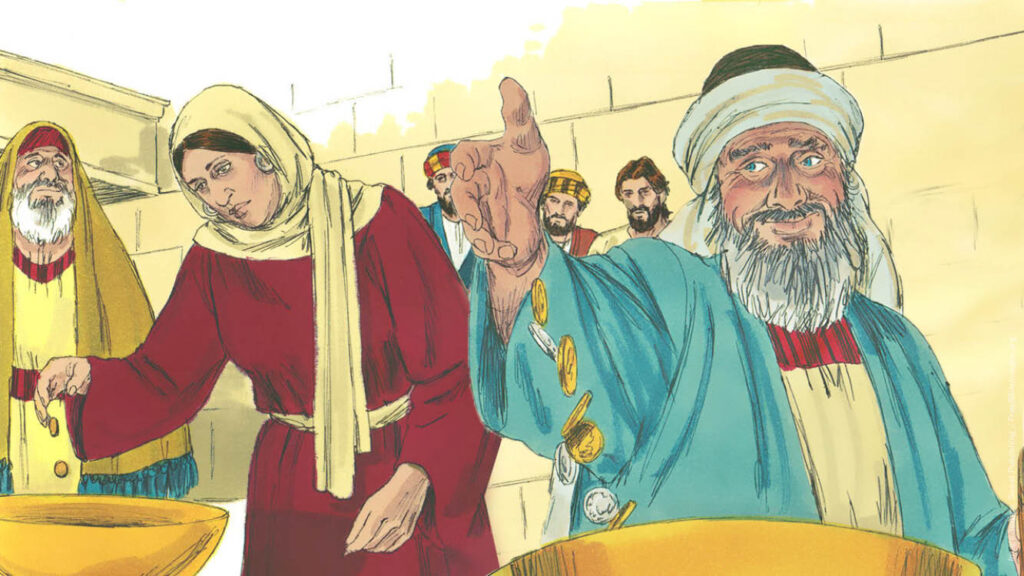 “Out of her poverty has put in everything she had, all she had to live on” … This is a very hard hitting statement. It makes me very uncomfortable. Indeed, the widow had nothing, abandoned by society, left to fend for herself, the two copper coins were the only security she had. Thus, she surrenders her last penny of security to God. We are not told what happens to the widow after she leaves the Temple but a frightening thought of the widow’s battle for survival was surely next.

The whole incident happens without any intervention from anyone. The widow is unaware of anyone watching her and most likely no one would be interested in paying attention to a poor widow but Jesus is the only one paying attention to her. It is a remarkable observation – the most insignificant moment becomes significantly valuable in the eyes of Jesus. No one else knows the heartache, the sadness, the loneliness, the desperation, the injustice and the heart of the widow except Jesus. Yes, Jesus does compliment the generosity of the widow but he forces His disciples to look deeper. Every disciple of Christ is called to pay attention to our attitudes towards people in society. The scribes walk in the marketplace being greeted with respect and take seats of honour at banquets but Jesus condemns them as men who devour widows’ houses. Jesus is confronting the attitudes responsible for the oppression of widows, leaving them helpless, to fend for themselves.