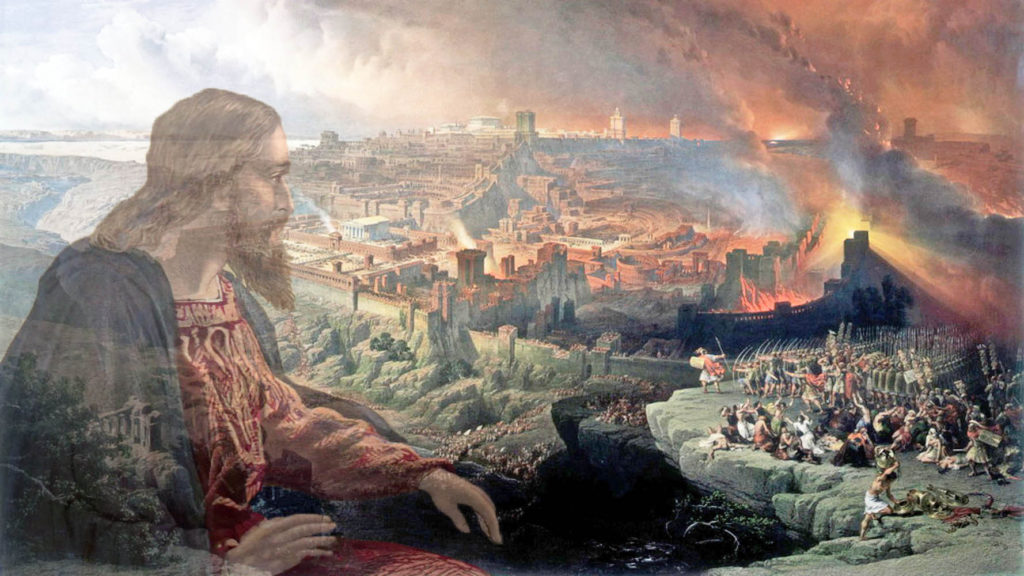 Is a woe something that Jesus decrees on people who do not accept his message or on those who do not recognise Him. That is a definite no. So what is the meaning of this passage? The answer to this is in the stories of destruction of Sodom and Gomorrah (Genesis 19) and Jerusalem in 70AD.

Sodom and Gomorrah was a place of vice and above all a land vicious in dealing with its ‘brothers’, i.e. the traveller, sojourners or aliens (persons from a different place who happen to set up home in their land). They were given an opportunity to show hospitality, even though it was a brief moment of an evening, to the 3 persons who visited (angels?/God?) them. They preferred to be the way they were, and desired to molest them and showed rude behaviour even to the aliens in their midst, Lot and his family. God was not there particularly to judge them, but to save them from the oncoming disaster that was coming their way – a rain of fire and brimstone… And the warning and opportunity they would have received from these 3 Persons, to save themselves, was overpowered by their own lust and derangement. God was helpless from being able to save them.

This Theme keeps on recurring in the Bible; Noah and the Flood, Pharaoh/Egypt and the 10 Plagues, and especially the destruction of Jerusalem in 70AD.

In 70 AD, Jerusalem was sacked and burnt down by General Titus. Before that there was a long drawn siege of the city, where it seems daily some 400 Jews were nailed to crosses, and because of the lack of crosses, Jews were nailed front and back to the same cross. This is an awful sight. Strangely enough, no Christian died in this destruction. The Christians  had know about the prophecy of Jesus where he had predicted the Destruction of Jerusalem, and since they understood Jesus to be God, they put value to the prophecy. So when they saw the advancing Roman Armies of Titus, they immediately fled to the hills and were saved. Those Jews who did not believe Jesus to be God’s Son, did not place value to what he said, preached and prophesied. And thus like Sodom and Gomorrah, like the Pharaoh, there were consequences.

And yet Jesus says, Sodom and Gomorrah will be better placed on the Day of Judgement, because they were given a fleeting moment to accept the Divine Visitors, but Jerusalem was sent the Son of God himself. He was with them for 3 years, teaching, imparting wisdom and revealing God’s Face to them, and for this there is no excuse, because their fall was because of their own Arrogance.

God in his Love does not judge. He is ever trying to save us by trying to make us aware of situations of destructions that may be coming our way. But our arrogance can blind us to accept Jesus as God and thus to pay no heed to what he teaches about morals, truth and our identity. When we disregard Him, He cannot save us, because we have shut the door of our lives to Him.