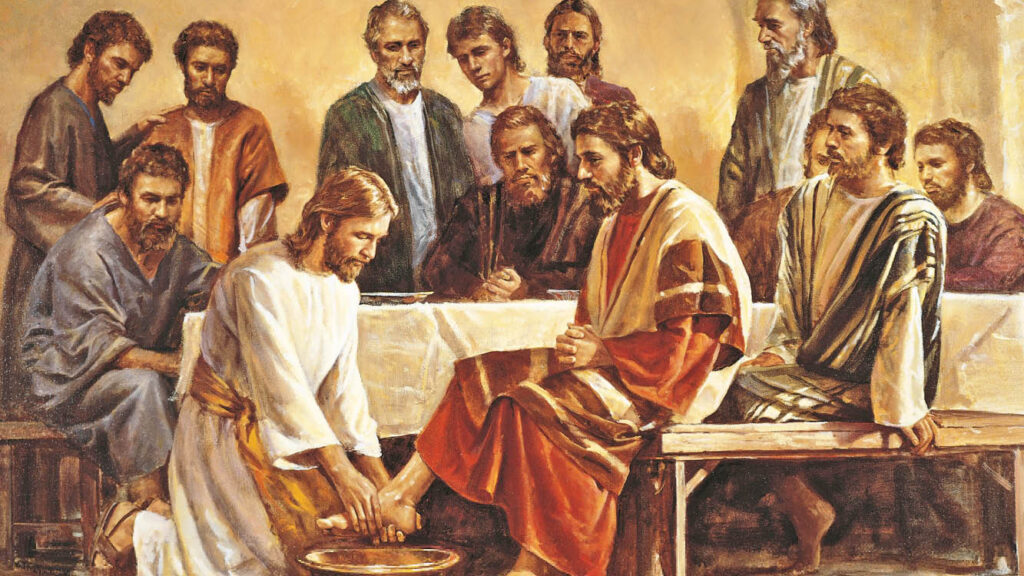 Two messages in one passage. Both are so relevant in our lives today.  The first one is about humbling ourselves.  Just as the disciples were getting to know Jesus more and seeing the works and wonders done by him and seeing the increase in his followers, the 12 chosen Apostles must have been waiting to see Jesus rise high in authority and fight with Romans and take the positions in the Empire and rule the people.  Making their place in the top 12 must have made them proud and now their next dream must have been to hold the top most position with direct reporting to Jesus.  Jesus must have been hearing their talks and knowing what was going on in their hearts, and he answered them in a way they never expected.

Jesus’ mission in this world was not to be served but serve.  When he said whoever accepts this child, what Jesus meant was anyone with a heart of a child is really a follower of him, whoever he or she be rich, poor, Jew or gentile.  By attitude, Jesus said this person accepts him and the one who sent him, that is, the Father in Heaven. And the next bomb he threw was by saying to be the greatest among all, one has to be the least, that means one has to be ready to sacrifice, work for the good of others, accept suffering with joy, be willing to take up the cross for the love of God.  Difficult, but possible by the grace of Jesus Christ.

The next message is that we should focus on our own work rather than interfere with others, especially if someone else is good or even better than us and doing no harming in any way.  The Apostles were either jealous or scared to see another person who hardly had been with Jesus already performing miracles, that too casting out demons which the Apostles and disciples could not do while Jesus was with them and till they were filled with the Holy Spirit.  Today we find so many of them going around and proclaiming the word of God and performing miracles.  Many get lured and leave the church and join them.  We should not judge what others are doing but at the same time learn from them and improve our own selves and train the people around to do the same.  One has to be careful and discern whether we are doing the right thing by separating ourselves from our brethren. Jesus clears the misunderstanding of their relationship with him, i.e. whether it is exclusive.  Jesus wants them to be more open and tolerant of others work “in Jesus name”.

Let us now close our eyes and reflect on our lives and check if we too are running in the race to be the greatest, are we in the bargain creating hatred and hurting anyone.  Are we envying others success?  Let us pray to Jesus to give us the wisdom and correct us if we are on the wrong path.