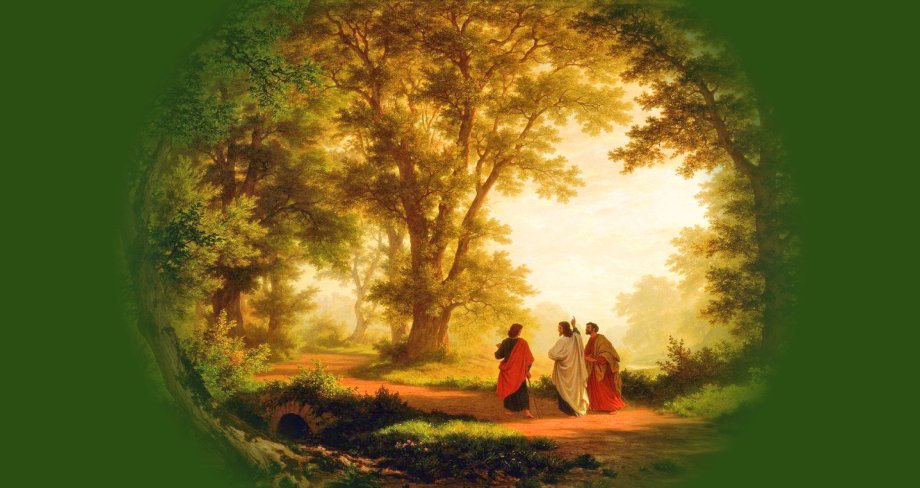 This passage shows the early state of mind of Jesus’ followers. They were uncertain of many things, in light of Jesus’ Death, and so called Resurrection. You will have noticed that the two travellers themselves were not sure of what Mary claimed. Yes, there was the mystery of the empty tomb – what may have happened to Jesus’ Body. And then the mysterious claim of Mary to have really met Jesus, hale and hearty, returned from the dead. Could they really trust women. But then again this was Mary of Magdala, an ardent follower of Jesus – might she have been seeing things because of her sorrow.

But these two on the Road to Emmaus had not addressed their own hopes, aspirations and experience of Jesus. They had left everything behind to follow Jesus. Was it that they were hoping Jesus was the Messiah. Yes but because of the logical process of seeing the signs, wonders and wisdom of Jesus leaving them no choice but  to believe in the divinity of Jesus. And in their enthusiasm of finding the Pearl of Great Price, they left everything behind to follow Jesus. Yes they probably did not follow Jesus with a sharp analytical mind like Nicodemus (John 3), but neither was their faith based totally on data and analysis like Nicodemus. And their life’s boat was bound to be rocked when it met the raging storm of Jesus’ death. Their attention had shifted from Jesus’ instructions to them, to the problem at hand, i.e. Jesus was no more. They had forgotten  Jesus’ repeated instructions to them, “The Son of Man had to suffer and die and then be raised on the third day.”

To understand better go back to Sunday’s Gospel and the other Disciples’ reaction to the folded cloth placed neatly at another place (John 20:7-8). This must be connected with an incident/teaching where Jesus must have highlighted about a Master giving Sign that he had not finished his meal at table and will come back. And this is what the Other Disciple Connected. These two Cleophasand supposedly his wife were fully into following Jesus and then their boat was in a storm and they did not know how to understand things.

Jeff Cavins in his book, “Walking with God”, introduces a powerful theme for this Emmaus encounter. This is an answer to the despair of the Cleophas and wife, and also the answer to our own despair in life. He says;

The other thing that underlines this story is that like in the case of Mary of Magdala (yesterday’s reflection) and her desire of God, these two have a great desire for God. And God always honours this, and he chases the one stray sheep, and rejoices in finding and rescuing it. This is a promise, claim it, over your life and for others.