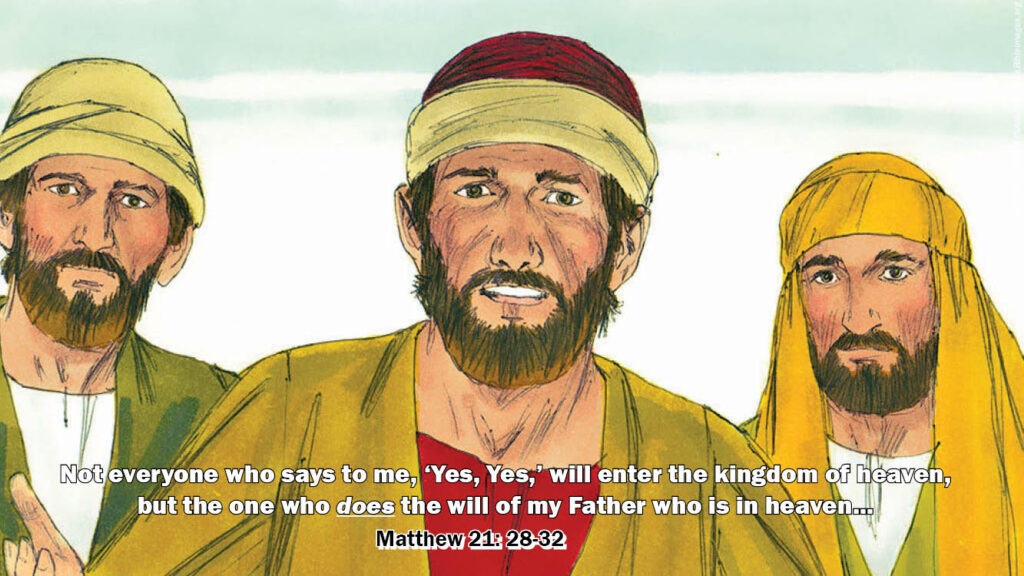 When asked to do something by someone you have a relationship with, if you are able to do it, it is natural to respond yes. When years back one of the Parish team Father’s asked me to become a Confirmation Animator, I said yes. But more than once, I found myself falling behind. I just won’t go. Perhaps the other animators will figure something else out.

If, after I have said yes to the Priest or for that matter anyone else, I do not do what I’ve said I would do, I show disrespect to the Priest and the students, I’ve been given the opportunity to serve and be a witness to. But above all of them, is the disrespect and insincerity in my word towards our Heavenly Father, Himself.

In the Gospel text of today two sons are asked, “Will you ….?” One says no, but does. The other says yes, but doesn’t. The one, who says no but does, respects and demonstrates sincerity in his efforts to the ultimate authority that’s our Heavenly Father. So it is with us, as disciples of Jesus our every day YES or NO, as per our ability and sincerity of heart, should not only because of the individuals before us, but for what Jesus did for us through His death and resurrection.