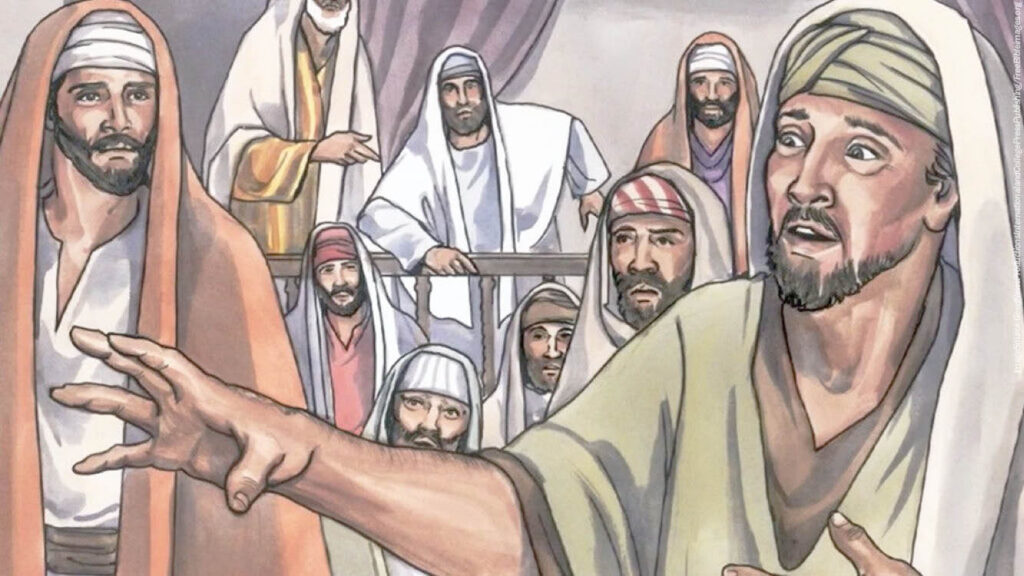 At present the readings are from the Gospel of Mark and we are at the beginning of Jesus’ Ministry. Mark is presenting to us, one after the other, events which stand out, events and imagery that should bring to mind things associated with Israel’s Past. Through this he wishes to introduce to us the Ancient God of Israel through a new lens. That we start to really understand the Ancient One of Israel for who He is. More so because Mark is presenting to us the Ancient One ‘here and now’ in their midst.

When United Israel was divided after Solomon’s Death, under the reign of his son Rehoboam, 10 Tribes separated from United Israel, and formed the Northern Kingdom of Israel. Rehoboam was left with the tribes of Judah and Benjamin. Within this was the vital fact that the Temple was located in Jerusalem of Judah. The Northern Kingdom was lead by King Jeroboam, and he was an insecure person. He feared that because the Temple was in Judah, eventually his people would desert and reject him. So to counter this he installed golden calves towards the north border in Dan and in Bethel towards the South Border. he pointed to these and told the ten tribes to worship them, as they he claimed, was their deliverer from Egypt. Thus he ensnared the Northern tribes to false worship. Yahweh warned him in many ways of his folly. One such warning came through a prophet who prophesied his destruction. At this Jeroboam raised his hand and command that his soldiers take hold of him. At then and there at that moment his raised hand withered. He realised his folly and asked that he be forgiven and his hand be restored, which was granted him.

Jesus did many miracles, and would have normally also healed withered hands in the process, besides other types of healings. But Mark is stressing on this particular miracle to remind the reader of Jeroboam and the evil he lead Northern Israel into. He seeks to tell us that God has not rejected Israel, be it Northern Israel or Southern Judah. Even if their garments are red as scarlet in sin, He wishes to wash and make them white as snow. He accepts them as they are, only come to Him. Even today he is telling us, don’t be cowed by sin and the guilt of sin in our lives. Like Job, each day get up and come before Him and worship Him and become sparkling white in and through His love for us. If anything can keep us from God and all blessings, it is us ourselves. Do not mistake God for a Righteous Judge putting on the mask of a father. He Is and has always been Our Father, and he always relates to us like our Father. So like the prodigal son, don’t wait there in the pig sty, run back to Your Father and mine, He is waiting for you with outstretched arms.