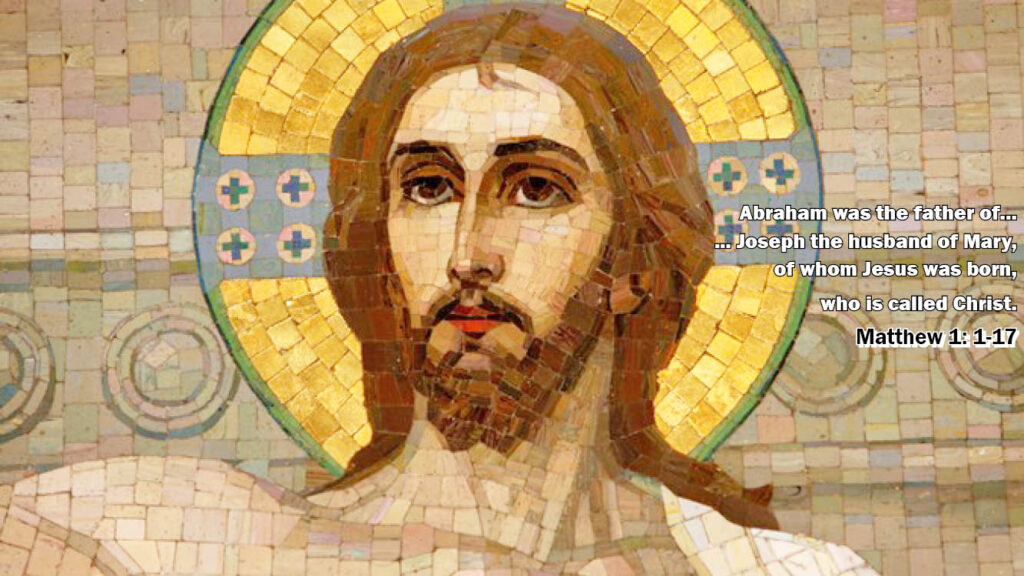 In the world there are and have been many great individuals who have born and died. The world remember theirs achievement and their ancestors details up to four generation. In the case of Jesus’ genealogy as mentioned in Matthew, it is a documentary evidence that Jesus was born as a human being and accomplished the work given to him. Today’s world not only remembers his birth, passion and death, but also his ancestors of who, we come to know through the Gospels according to Matthew and Luke.

Through today’s gospel passage we come to know that Jesus comes from the line of King David.  King David ruled Israel for 40 years and the time of his rule is recorded as United Israel’s golden age. People found security and identity under his ruling. He helped establish Israel as a kingdom to be recked with in the world. He was so devoted to God, that he won a covenantal relationship wit God, by which God promised him that his family shall ever sit as rulers over Israel till the coming of one – his descendent whose rule will be perpetual. There were no king born like him in the Israel after his death. Israel awaited for the king like David to rule them and redeem them from their slavery and establish his kingdom permanently in the world. But Matthew is also hinting at the promise given to Abraham – that he will be a blessing unto the world, in now going to be completed through a descendent of his and David’s. Matthew that Jesus Christ is that long awaited King who save his people from slavery of sin and bring God’s kingdom in their midst. When we say God’s people, it is not only Israel or the Jews or the Christians, but the whole World.  Let us welcome our King of kings Jesus into our hearts, homes and honour him.

Let’s us prepare this last week of advent season very meaningful. Grace of God and love of Jesus Christ be with you all!!.