Skip to content
Home Daily Reflection John the Baptist, Witness to the Truth
0
0 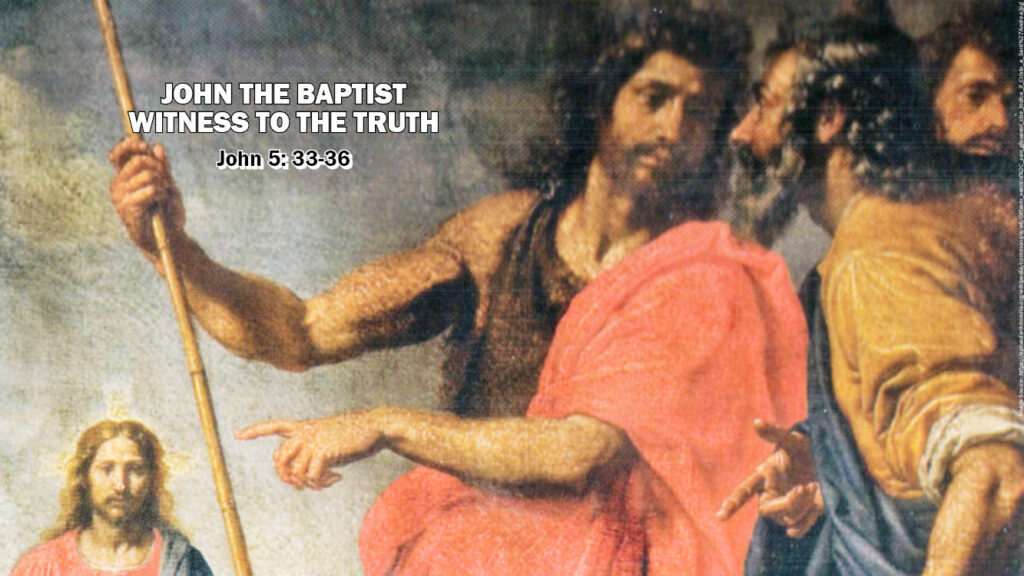 Jesus is accused by the Pharisees of breaking the Sabbath as he healed a man on the Sabbath and also called God his Father; a poor and selfish reaction to the great work of healing done by Jesus. His authority was questioned and the power by which he was conducting healings.

Jesus defends himself saying that he is doing the ‘works’ of his Father and he is in total union with God, in his actions. He also presents a number of witnesses, first –  John the Baptist. The jews followed John the Baptist as he was considered to be a prophet, living a very austere life and he was a burning and shining lamp who testified to the coming of Jesus. They were willing to listen to him but could not accept Jesus himself for whom John was preparing the people.

Second – Jesus gave them even greater signs in the form or the healings and miracles itself that he went around doing. Those works itself were witness to the fact that Jesus was the son of God and that he was doing the work entrusted to him by the Father.

The Third was the acknowledgement of the Father during his baptism in the river Jordan.

What more testimonials could the Pharisees ask for?

We also expect signs and miracles, testing our faith time and again asking for signs and proofs of the Lord’s love for us. Are we prepared to receive our Lord in complete faith?