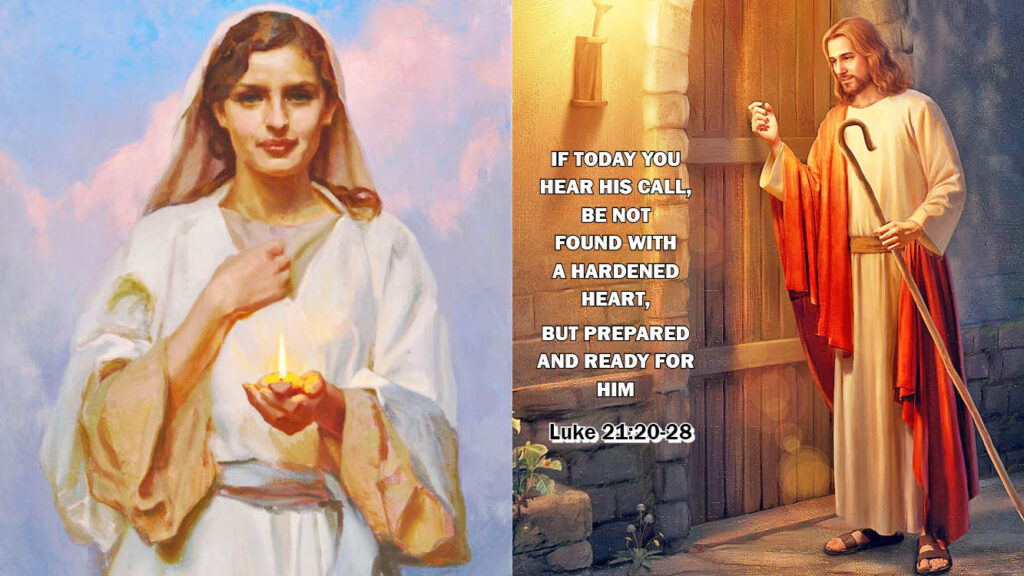 In today’s Gospel reading, Jesus is teaching us to be be proactive, to be aware of the events happening around. He wants to us to be vigilant and take immediate actions on the instructions given to us. To recognise the signs given and be obedient to his voice. Jesus is warning his disciples and the people of the disaster approaching, he is counselling and guiding them so that they will be are completely safe and secure when the oncoming disaster that will hit them.

Jesus’ concern and warning is based on the historical past. God visited Sodom and Gomorrah to save them, before the fiery disaster hit them, so He could save them. They rejected God, disregarded the rules of hospitality and were more interested in sexual immorality. And God was pushed aside and they had to face the consequences of their action. Similarly also, God went down to Egypt, to Save Israel, through the route of saving Egypt from the oncoming series of natural disasters that would be striking them. Egypt disregarded God’s invitation to accept His Divinity and Fatherhood of them, and add to that their own pride, and the natural disasters were greatly magnified and devasting. It does sound harsh, because the actions of a few affected the cities/country as a whole. But all are given the gift of reason, free mind and capacity to evaluate and accept and choose. And when truth is disregarded, one has o face the consequences.

It is this Truth Jesus sees being repeated in Jerusalem. God has come to Jerusalem, will Jerusalem accept, trust and believe in its Maker, who is come to them? Wil they be like Sodom, Gomorrah and Egypt/ or will they be like Assyria, who repented at the warning given to them through Jonah? Those who will trust will be safe, as those in Noah’s Ark, or will they be condemned? This is the background against which Jesus wept over Jerusalem and its self condemnation. This condemnation would be fulfilled in General Titus’ sacking of and destruction of Jerusalem. But all those who believed in the divinity of Jesus were aware of this prophecy of Jerusalem’s Destruction, and they ran to the hills away from Jerusalem, when they saw the advancing Roman armies. On the contrary Jerusalem was totally annihilated.

And yet and through this prophecy Jesus is giving hope to all those who put their trust in Him – in his second coming with power and great glory (v-27). Do we stand firm in the distorted state of life, are we dependant on our strength or His authority, power and glory, do we take refuge in him, or prefer our own understanding?

Holy Spirit help me to be rooted in you in devastating situations of my life.