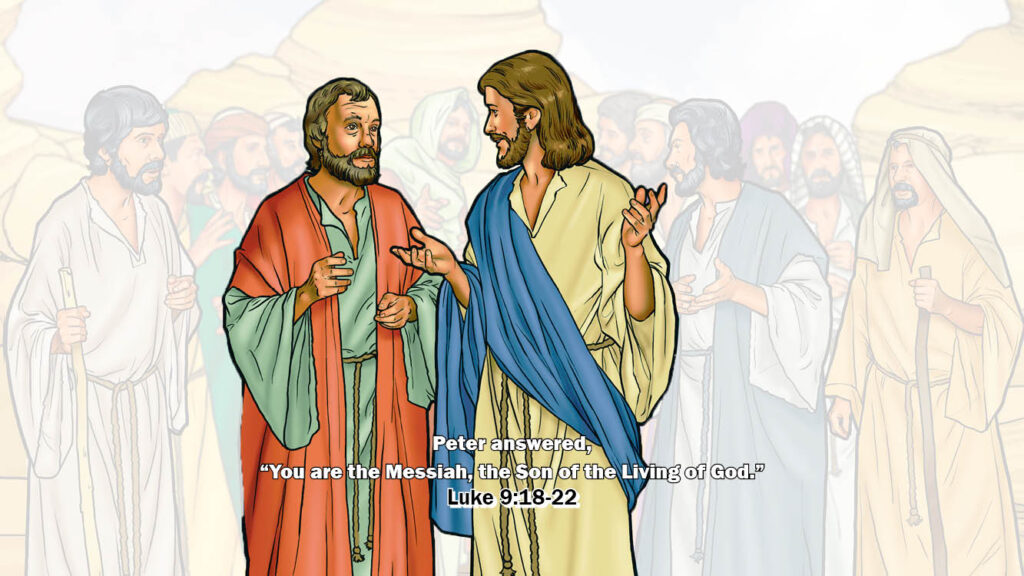 Jesus was preparing his apostles for the mission to spread the Kingdom of God. While his chosen twelve were close to him, he was keen to know what they knew about him and hence he asks them who do they think he is. They believed him to be the chosen one, the anointed one sent by God on a mission, but did they truly believe him to be the Son of God or someone who would re-establish the golden era of the Davidic Kingdom. He was not merely the political saviour but he was the Messiah with a much larger mission to redeem us by the supreme sacrifice of his own life!

Peter confesses that Jesus is the ‘Christ of God’ but Jesus tells him not to tell anyone, knowing well that Peter is not prepared to see Jesus as the suffering Messiah. Jesus prepares them for the events that are yet to come, and a promise to return as the Resurrected Christ, having won victory over death.

Who do we say Jesus is?