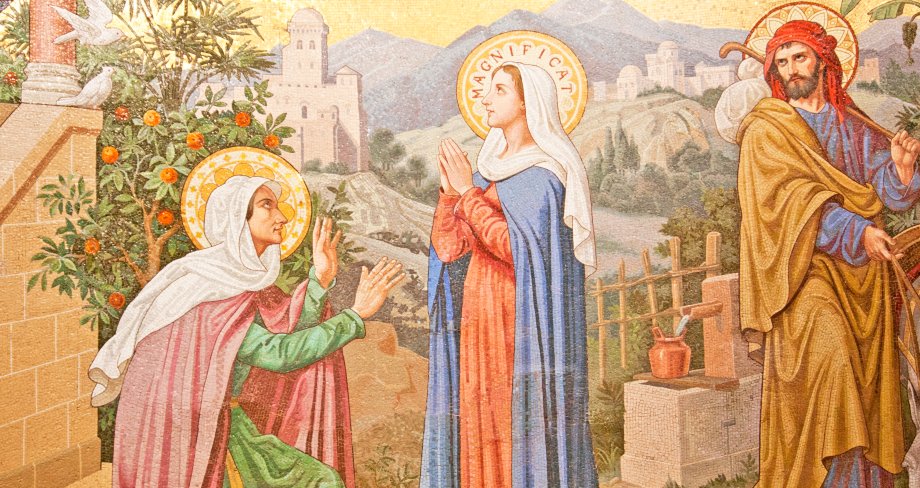 Today’s Gospel is known to all, there is no one who would need explanation. We see here:

Mary a young teenage girl who had just accepted to be part of God’s final stage of salvation history rushes to be with her cousin out of concern to serve her and help her around.  At the visitation the two mothers to be come together to praise the God whom they serve and are not part of God’s plan. Elizabeth’s child would be a precursor of Mary’s child. Elizabeth calls her blessed among women as the Holy Spirit had prompted her and is filled with joy hearing the voice of Mary that her baby leaps in her womb.

Mary’s Magnificat reflects on the nature of God. In vs 46 – 50 Mary extols God for what God is doing to men and women through her child and rejoices in God’s fulfilment of His promise.  Her lowliness in contrasted to the might of God for whom nothing is impossible.

In vs 51-55 Mary universalizes into what God has done for those who fear God. He scatters the proud in the plans of their hearts.  He casts down the mighty and exalts the humble.  He fills the hungry and the rich, He sends them empty handed.

To be chosen by God so often means that at one and same time a crown of joy and cross of sorrow is given. Mary knowing the hardships she would have had to face being a virgin mother says YES to God.  Are we too ready to take on the life God wants to live for His purpose, for fulfilling his plans.  Let us reflect and connect with Jesus and know when we are to say Yes.