Skip to content
Home The Question About Paying Taxes
0
0 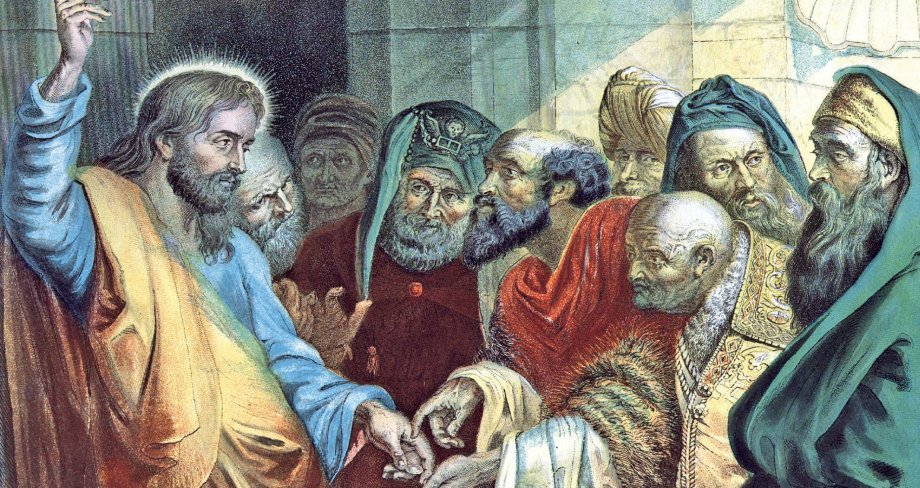 Verse 13 starts with telling us of the disposition of the Pharisees and the Herodians. The Pharisees prided themselves on their love of the Law and they being pure in mind, body and action. The Herodians were a political group, aligned with Herod. If I may say so, a little less abhorrent than the Tax Collectors, because they had put God second, and the pursuit of power, position and money, before everything. Mark shows here the whimsical religious adulteration of the Pharisees.

Verse 14 has been explained by verse 13. The question is a good one, and was probably much debated by the Jews, because the Law put God above all, and all tribute needed to go to Yahweh alone. So for them paying Taxes was as good as displacing God as King and Lord. Yet they forgot their own scriptures where God is Creator of all, Good and Bad, Jew or Gentile, and he equally provided for all. It is he who appointed all positions of authority and rule, to govern the earth and the heavens. If so, it was also right for them to give tribute to the government who governed the people and also to co-operate with that government. Understand here that Governments are there to help manage and administer the people. They are extensions of God’s authority, and hence they cannot and should not try to contravene God’s Law. If they should, we can stand against them in a loving way.

The trick of the question was not in its answer, but the cunning behind it. And this is symbolised by the two groups who came up to Jesus with this question. Their intent was to crucify Jesus based on whatever his answer was. They presumed that there were only two answers. Agree with Rome and Caesar, or agree with Jewish thought of that time.

“Render to Caesar the things that are Caesar’s, and to God the things that are God’s,” becomes very important for us to understand. God is not prohibiting us from anything. He advises us that the problems in life are because of the disorder of God not being given the correct/right importance/place in our lives. Order it right and everything around will be a revelation to us of God’s Goodness and Beauty. When there is disorder, we can never understand the seeming difficult demands God puts on us, then we compromise, then we are ashamed and finally we run away from God our Father, just like Adam. When we do order things correctly, we are like the Sparrow, not worried, because God our Father serves/gives us correctly and properly, things that are essential for us everyday, be they physical, spiritual or otherwise. Since he is Father, even he cannot overlook his love for us, and he is compelled to give us.

The issue is in how we see God, as Father Loving or Father Just… He is actually both, but his justice is flavoured by who he is, i.e. Father. And as Father his justice is not aimed as punishment, but is aimed at improving us, making us better.