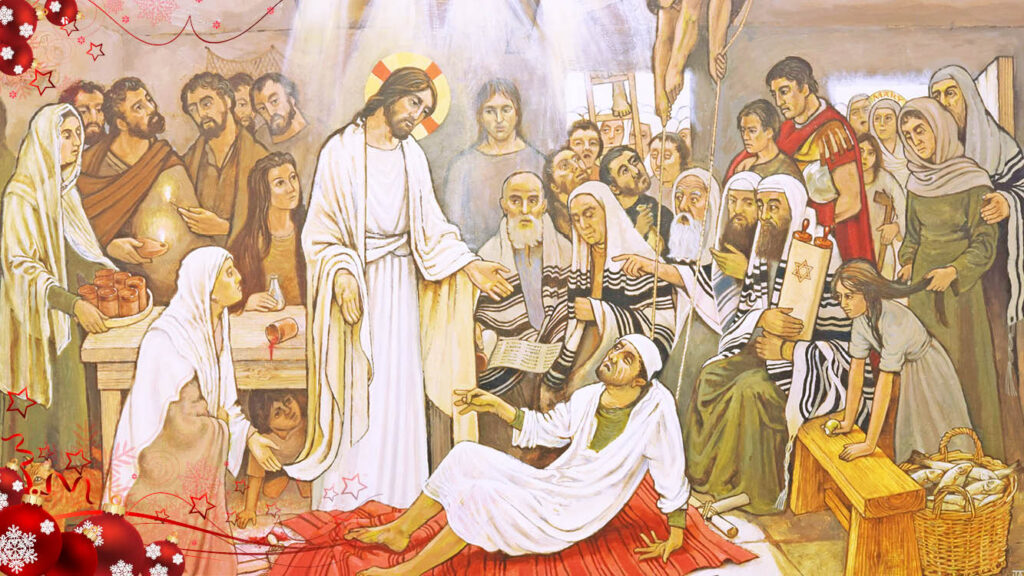 In the above passage Jesus is teaching in someone’s house and the Pharisees and teachers of Law from different places have been following Jesus wherever he went, not as disciples but to pick him for any wrong he did and catch him on the basis of heresy.

While the teaching was going on, just imagine the commotion in the house, the crowd along with Jesus is distracted by the noise and the dust falling from the rooftop, followed by sunlight coming in and eventually a mat being dropped down with a paralysed man on it.  Its either the four friend’s faith or this paralytic man’s insistence that he was brought to the house.  In both cases, this required the acceptance of the sick person to go along.  These friends must have carried him a long way and were determined to get him before Jesus.  Their main aim was to see their friend healed and walk again and when they hear Jesus say “Your sins have been forgiven” what they must have felt. They must have not understood the reason of holistic healing that the man needed.  His soul had to be healed to receive physical healing and Jesus knew how important it was that first his sins had to be forgiven.

By speaking the words, “Your sins are forgiven,” Jesus set up a dilemma for His critics. He knew that they would grumble by asking, quite correctly, “Who can forgive sins but God alone?” But when He spoke the word and healed the man, it was obvious that God’s power was present. If Jesus were speaking blasphemy by forgiving the man’s sins, then how could they explain God’s granting Jesus the power to heal him?

As we reflect on this passage, let us gather faith to bring our friends to Jesus to receive healing of soul and body and we ourselves believe in the forgiving power of Jesus and reconcile with our past.