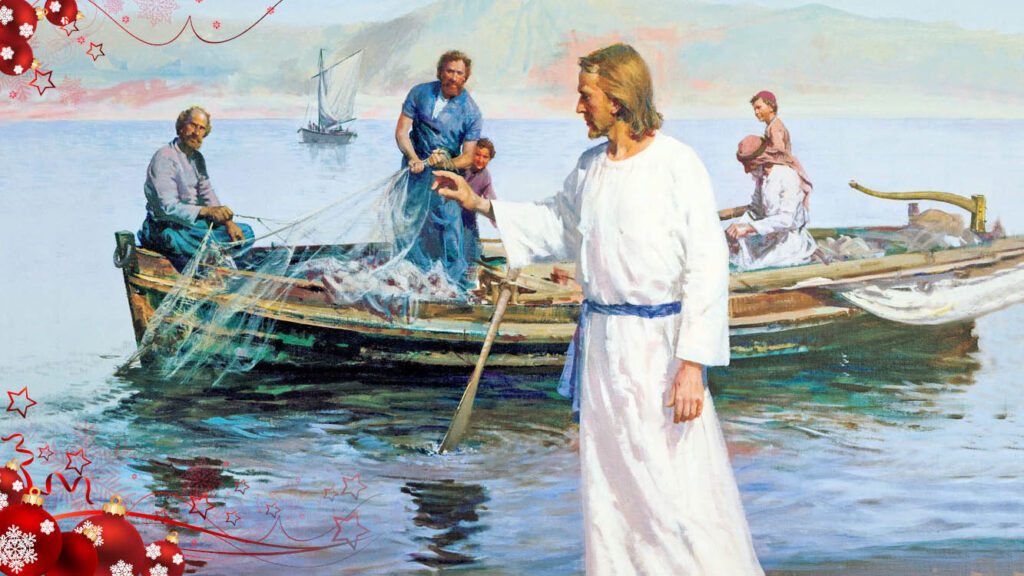 “Come after me, and I will make you fishers of men.”

And they immediately followed Jesus. The following of James, Peter, James and John is not based on the literal understanding of Jesus’ words, nor in them knowing – not knowing Jesus. What Matthew does here is that he is bringing to the fore the Old Testament connection of Jesus’ call to them of discipleship. Andrew and John were initially John the Baptist’s Disciples, and John had pointed to them Jesus and called him the Saving Lamb of God (Check John 1). These two probably have shared the Baptist testimony with their families and discussed it. And when Jesus then finds them and calls them, it is a logical and appropriate response.

Matthew is more concerned in using word bombs. There are Old  Testament prophecies that speak of God restoring Israel (12 tribes), by bringing them from wherever they were scattered in their exile and deportation. And this he would do by building highways from wherever they were to Jerusalem. He would draw them as would a fisher man catch fish in his nets, and bring them to the house of God in Jerusalem.

As much as this passage is of God’s calling it is also of hope and restoration. Hope for all of us that God has not forgotten us, nor will forget us. Wherever we may go in our folly, he will draw us back to himself, with his net of love. This passage also highlights that we also are individually called in a very specific way by Jesus to Serve and Love Him. So do leave everything you have and listen to Jesus’ call to follow Him, in your own life.