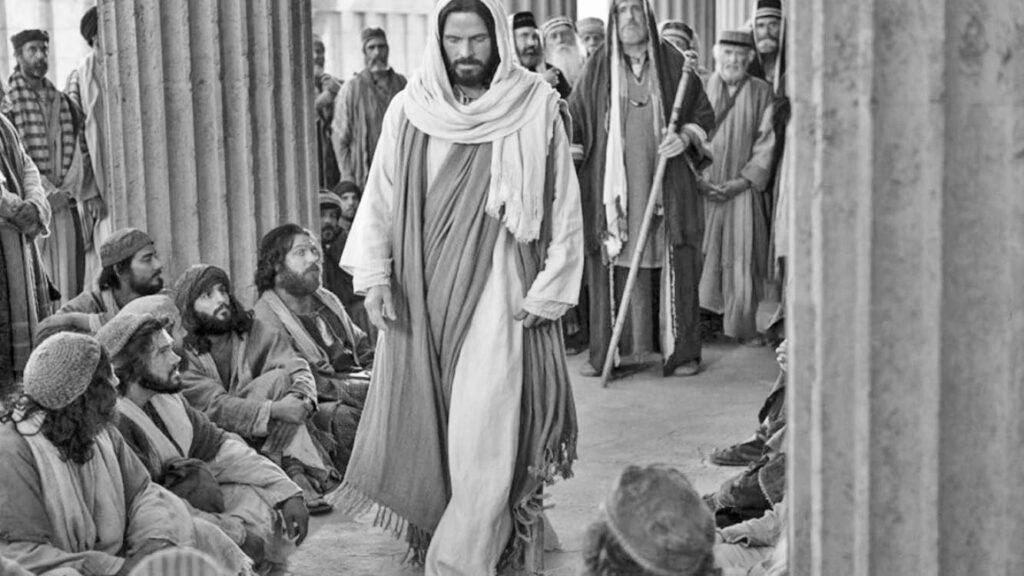 From today’s Gospel we come to know that, some people believed Jesus as a prophet. Some people believed him as being the Messiah. Some others refused to accept Jesus as Saviour. Even  the Pharisees and teachers of the Law failed to recognize the Messiah’s work in Jesus . The Pharisees had some ideas and expectations that the Messiah would be like a King and completely destroy the kingdom of the Roman’s, therefore there was division among people.

The Chief priest and Pharisees tried to arrest Jesus but were unable to arrest him as his time had not yet come to bear the passion, death and resurrection. In the Jewish council they started blaming Jesus’ ministry and his follower. There was no one to support Jesus and his teaching. Nicodemus one of the pharisee courageously raised his voice and condemned the council members and supported Jesus. Nicodemus  got a chance to interact with Jesus one night. This interaction helped  Nicodemus to identify Jesus as the true Messiah, the redeemer for whole nation and he started following Jesus secretly , thus he became a disciple of Jesus. He gratitude is seen when after the death of Jesus he brought myrrh and aloes for his burial.

02 April 2022 Christian Division among the People & The Unbelief of Those in Authority John 7:40-53 Meditation Prayer