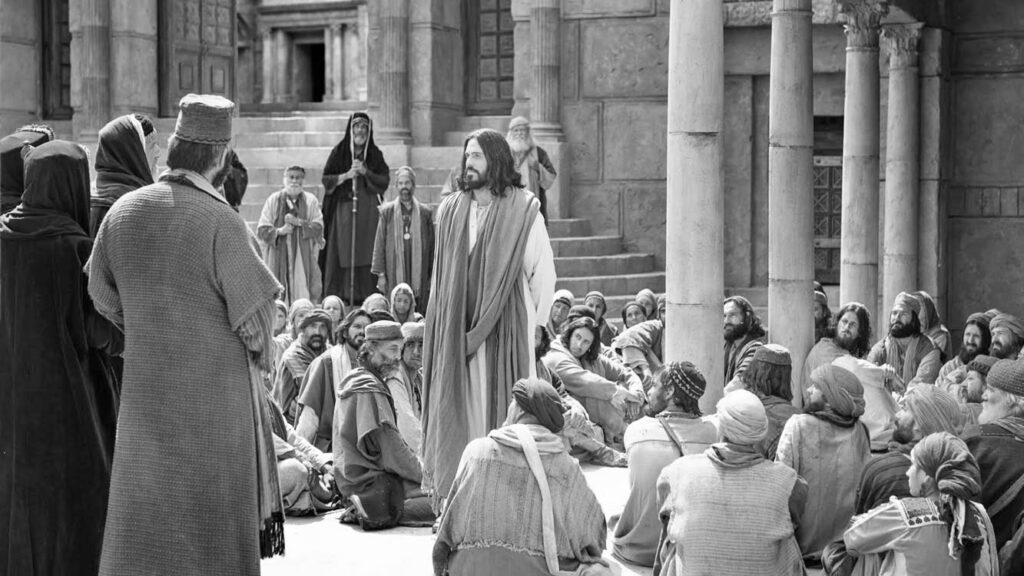 The feast of the Tabernacles or Festival of Booths was an important 8 day feast celebrated by the Jews, to recall their ancestors’ wanderings in the desert. Jesus did not want to attend the feast as  he knew that the Jews were seeking to kill him. But his unbelieving brothers wanted him to do his works in Judea so that many would know him and to get recognition and glory in Jerusalem – the center of Judaism. His relatives wanted Jesus to make a name for himself, so that though him, they would also become known and enjoy the glory.

Jesus was unwilling to do this, however, he later goes secretly and starts speaking. The Jews are unable to fathom the source of his knowledge and comprehend how an uneducated person can give such deep insights into the scriptures. Some are convinced that he is the Christ, while some cannot as the origin of the Messiah is unknown. Jesus connecting himself to God is unacceptable to the Jews, so they try to arrest him , but no one laid hands on him, as his hour had not yet come.

What is our attitude towards God and Religion? What do we seek from being a member of Christ’s community- fame or faith? Let us reflect on these questions and seek a deeper connection with the Lord allowing his will to be done.