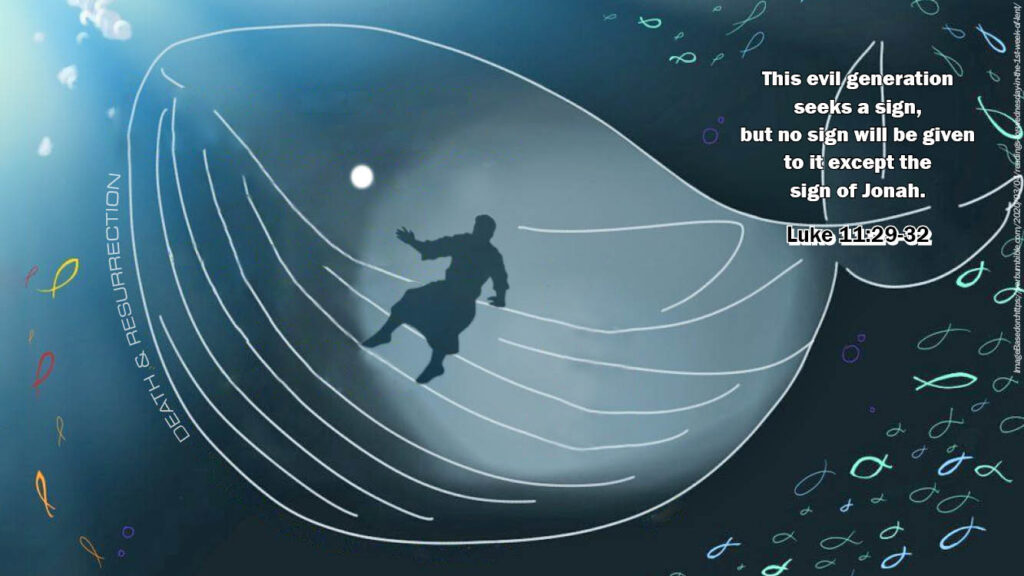 The Pharisees were all out to corner Jesus, and if we the versus just before this passage they had accused Jesus of being a fake when he cast out the demon from a boy who was dumb and after being set free the boy had spoken.  They even said that Jesus used satanic power to do these miracles and demanded for more greater signs.  These Pharisees thought they were holy just because they knew the scriptures and attended services, but in reality they never practiced what they preached, they were more sinful than the poor Jews.

When the Pharisees asked Jesus to show a greater sign, Jesus compares them to be more wicked than the people of Nineveh who were so corrupt and lived very sinful lives that God was to destroy the whole city of Nineveh.  But before God could destroy, he wanted to give them one more chance and sent Jonah to preach to the people of Nineveh to turn back from their evil ways and repent and pray. Jesus was talking about himself when he spoke of the greater sign that of Jonah will be shown that while Jonah came out of the whale’s mouth after three days, Jesus would rise from the dead after three days.  But the crowds did not understand what Jesus was trying to say.

The Jews considered Jonah a great prophet but did not accept Jesus who was greater than Jonah and all other Prophets who came in before Jesus.

Jesus said that the people of the generation at the time of Jesus were more wicked than the people of Nineveh and these people would appear during the judgement of these Pharisees and Jews who lived double standard lives.

We see that the present generation is also getting bad day by day.  Even after the pandemic and other natural disasters that are continuously happening in the world, the people are not ready to repent and make amends to their lives.

It is true that we cannot change the whole world but surely we can pray.  Every prayer counts so let us take a decision to spend more time in prayer to save our world and this generation and give a helping hand to our Lord Jesus.