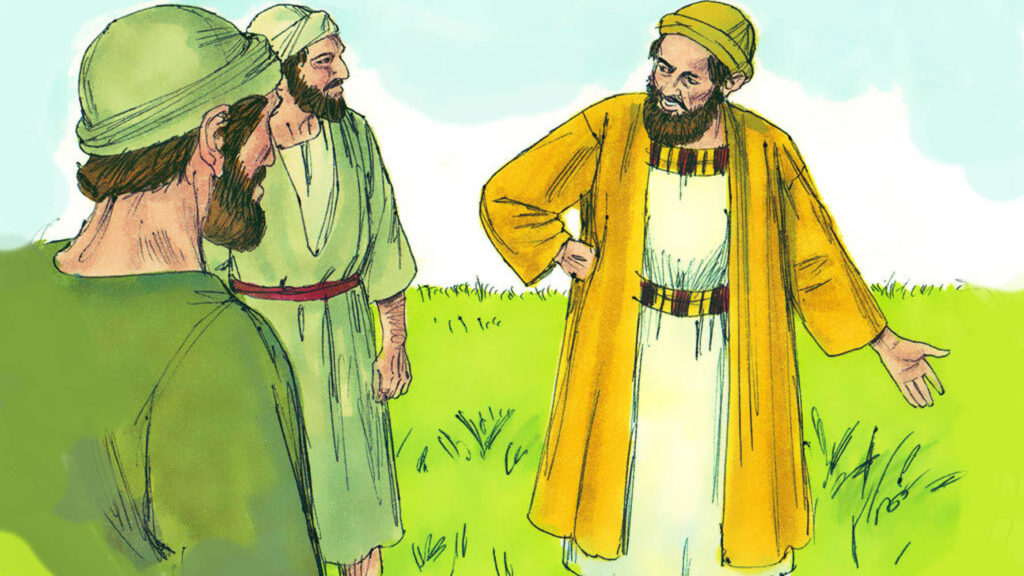 During the 3 years of his earthly ministry, Jesus went about preaching and teaching people by using many parables. One third of Jesus teachings was in parables. Some of the most remembered sayings of Jesus are also in parables, so we take note that parables plays an important part in the spread of the Good News about the Kingdom of God. Let’s reflects on Kingdom of God, as shown in this parable of the wheat and weeds.

In this passage the field represents the world, the enemy represents the devil, the harvest represents the end time or day of judgement, weeds represents children of evil and the wheat represents the children of the Kingdom of God. After sowing the seeds in the field the servants noticed that among the good wheat plants, there were weeds, so they immediately reported this to the master. But their master allowed both the weeds and wheat to grow together till the time of the harvest. At harvest time, the master instructed his servants separate the wheat and weeds and make 2 different bundles. One of the wheat used as food for the people and the other of weeds, used for fuel. The master did not allow the servants to pluck out the weeds at the initial stage of growing, because at the early stage, both wheat and weeds look alike, and it is difficult to identify correctly distinguish between them. Once the harvest was ripe and the wheat and weeds are fully grown, it is easy to identify very easily. The other reason is that the master did not want to damage the wheat in any way as such an early stage because of trying to remove the weeds.

Like the sower, our heavenly father allows both the good and bad to be grow to the fullest, giving the evil doer the opportunity to repent, as he wants everyone to be part of his group on the day of judgment. As long as we are living in this world there is always the opportunity/grace to repent, receive forgiveness for our sins, and to live a holy life. Once the day of Judgement  dawns there will be no more opportunities, hence God the Father is patiently waiting for us and tolerating the evils in the world. We should not take advantage on God tolerance and patience and mock his kindness and mercy towards us, because God is justice. If we test his patience and tolerance continuously, eventually we will get left behind, and the righteous will shine like the sun in the Kingdom of God. The current situation is an apt example for us where God is being patient, desiring us to remedy our crooked ways. Let us realize this, discard all falsehood and live holy lives, preparing  ourselves to be found worthy to enter in God’s kingdom.

24/July/2021 Christian Matthew 13:24-30 Meditation Prayer The Parable of Weeds among the Wheat