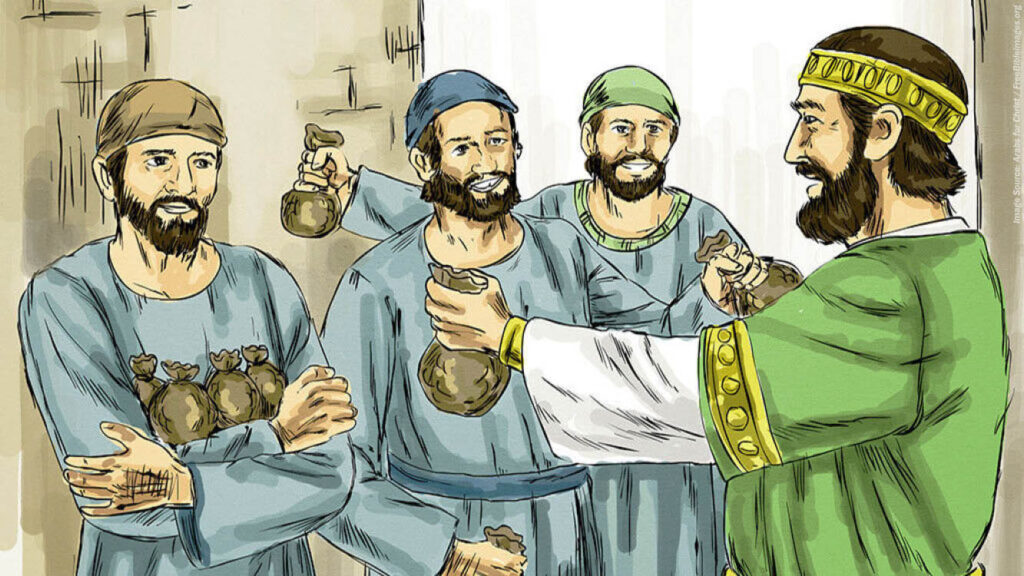 This is a mix and match parable. It looks like the Parable of Talents and the Man gone to get Rulership is mixed here. The purpose of this is to indict the Pharisees. They were the chosen People, highly favoured by God – the First Born, he had ordained them. they were the ones with the Law given by God, with all the understanding given by the Prophets. God was supposed to be their King according to the Sinai Covenant, but they deferred to choose a human over themselves. Rejected and killed the prophets.

And now God himself had come to take his rightful place amongst his people. With everything given to them, they did not recognise the Heart of God, and like the last servant, buried the Gift of Revelation, God had given them, and they had no fruit to show.

Luke shows a very harsh outcome compared to Matthew; the Tenants/Citizens are put to death. So what then does this parable tell us. Wakeup!, Don’t say God has not given you enough to know him. Make the effort, to get into a relationship with him. The effort is important. Don’t look at the unattainable goal and stop moving and making the effort. To the one who makes the effort, he will see the fruit of his actions, and more will be given to him. The one who stops moving and making the effort, he will remain dead spiritually, for his self-pity has made him blind.