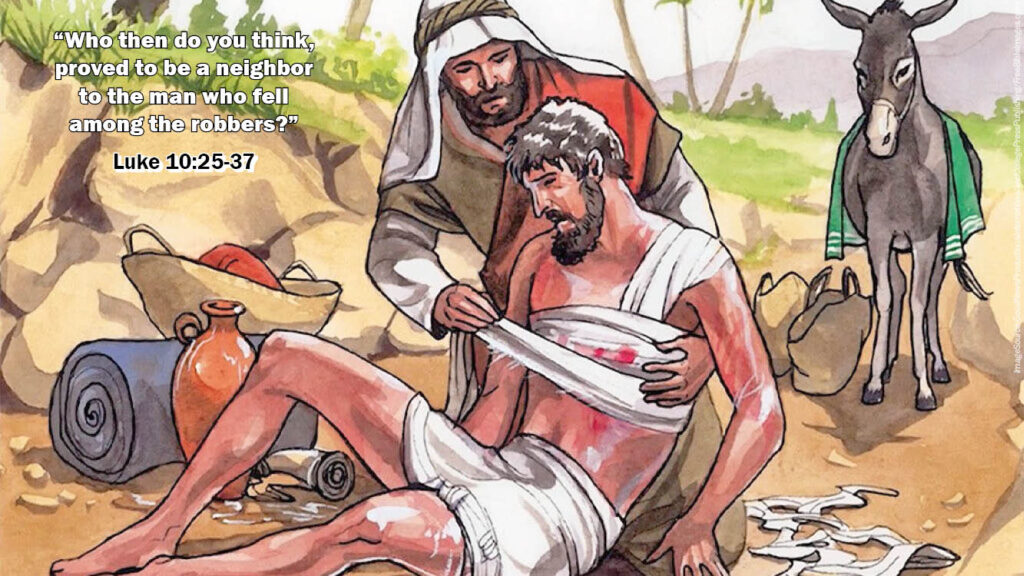 Samaritans in those days were not liked people by the Jews as they were known to be not so good people.  Mostly because of the inter-caste marriages they had while they were in exile, they did not follow all the rules laid by the Pharisees and as the Assyrians did not deport them back to Israel they continued to stay in Samaria.  They were looked down upon and were sort of outcast.  For Jesus no one is small or great, all are equal.  Jesus in this story uplifts the Samaritan by stating about his generous and kind heart.  It is not by religion, caste or position that a person becomes great but by his character and nature.  The Samaritan whom Jesus talks about does not just save the life of the stranger, whom he did not even know but ensures that he is taken good care of at the Inn.  He willingly spends for him and also returns to check on him and pay the balance amount for his stay and medication.  It did not bother him who the stranger was? what he only knew was that if he did not help this man in need, he could die as the way to Jericho was a lonely path and not many travelled on that road.

But the other two who passed by were priest and Levite, from a priestly family who generally helped around in the temple.  They were very busy people who had their duties to attend and as they were Jews, if they had to touch the stranger who was beaten up and lying-in blood, they would become unclean.  They had no compassion as they did not know the stranger.

The Advocate who questions Jesus as to who his neighbour was convinced with Jesus’ reply with this event as to what he needs to do to more than just follow the commandments to enter eternal life in heaven.  Not to help is a sin of omission.  The Advocate did everything right but maybe he did not think of doing good or in other words being a doer of the word.  Similar to the rich man who ignored Lazarus who was at his door waiting to receive some food from the leftovers.

Let us reflect on our lives and ask Jesus to reveal to us the times we have missed out on helping our neighbour who was in need ask him to forgive us for those moments.  Let us be vigilant and compassionate to the needs of others, starting from our own family members.