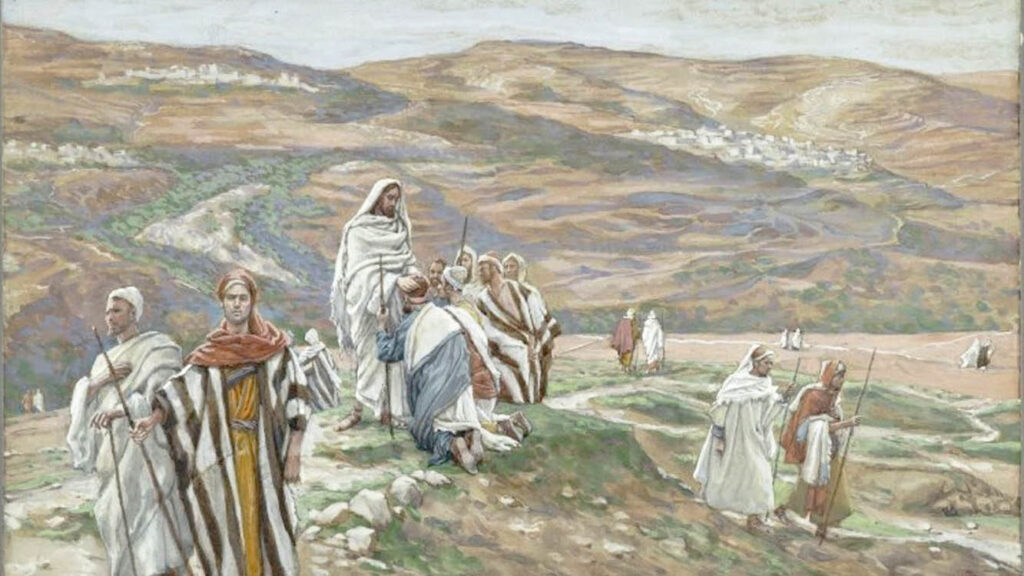 Jesus starts preparing his disciples for his mission.  Even today the management schools study the leadership style of Jesus.  How he chose the least of the people from different background, some educated, some fishermen and some who were not from decent professions like tax collector, a treasurer, and a zealot.    He trains them while they are staying with him, on the job training, give them talks, teachings, does miracles and healings.   While on earth he sends them on internship to work on the field to understand the hardships and conflicts they would face.

Since it was the first-time experience of the disciples, he sends them in twos so they could comfort and support each other if in case they face difficulties, learn to work with team spirit so that with two witnesses everything could be established.

As Jesus was aware that the time for crucifixion was nearing and time was short, He chooses 70 others to go to places Jesus was yet to go so that the people in those areas see a gist of Jesus’ works and know about his coming and prepare themselves.  Then why 70, probably because he could find just that many or perhaps as a symbol of the 72 who went along with Moses to witness the Glory of God on mount Sinai and likewise his disciples could go out and see the glory of God through their works, or may be to symbolise the 70 scholars who translated the Hebrew bible in Greek, that these 70 would be the ones who will translate His word into everyday life.

Before they leave, Jesus gives them guidelines on what all they should carry and how they should react when they are accepted or rejected.  We see Jesus preparing for the priesthood that was to follow and is continuing today.

Though the Jews felt that the Messiah would come only for the Jews, but God’s plan of Salvation is for all the ends of the earth.  His aim is to save everyone irrespective of caste, religion, race or nationality. So Jesus starts preparing his labourers to collect the harvest, which he meant people who are lost and wandering in search of true living God.

Today we see that these few disciples who initiated Jesus’ mission as a small group is a huge congregation of about 2.4 billion population today( 1/3rd).  Let us pray for all that one day the whole world believes in our Lord Jesus and receives salvation.

18 October 2021 Christian Luke 10:1-9 Meditation Prayer The Mission of the Seventy