Skip to content
Home Daily Reflection The Jews Do Not Recognise Jesus’ Divinity, Nor His Words
0
0 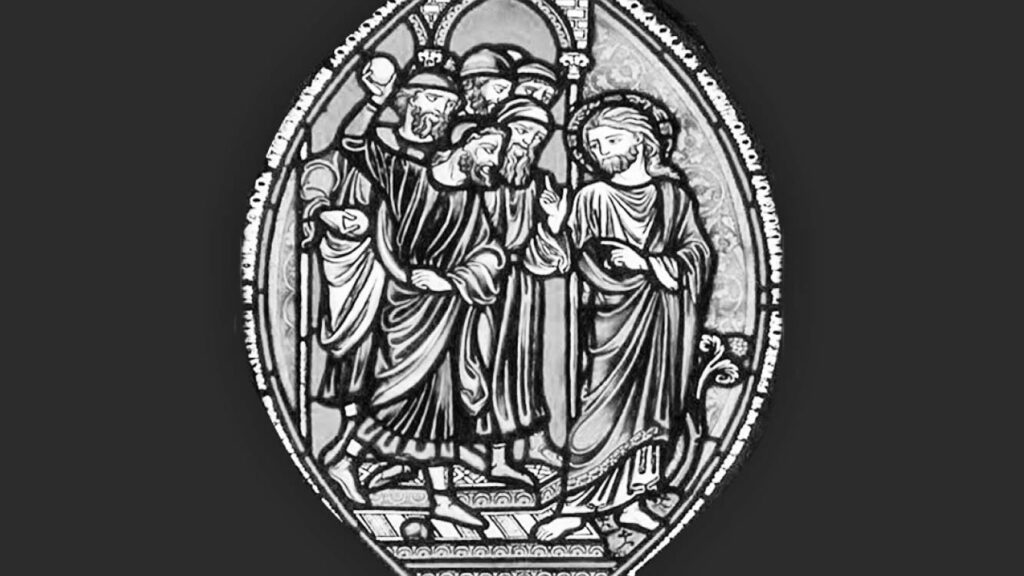 While Jesus is talking at the temple, the Jews ask him to declare openly whether he is the messiah. They expect a political messiah, while Jesus is trying to explain his identity as the chosen one, the Son of God. This is considered blasphemous and the Jews take up stones to stone him.

Jesus reasons out with them that judges like Samuel and other prophets are called ‘gods’ in the Scriptures and hence he, whom the Father himself has consecrated and sent into the world (the Word incarnate) cannot be accused of blasphemy as he is truly the Son of God. He is therefore the living presence of God in the world. He urges them to recognize the works of the Father through him. He and the Father are one as he is in total communion with the Father.

This revelation is beyond the understanding of the Jews who were bound in their fixed mindsets, and could not accept Jesus and sought to only arrest and kill him.

Jesus reveals himself to us in numerous ways, some small yet very impactful experiences have opened our eyes and we are able to experience the presence of our Lord in our life, changing our perspectives and opening up our hearts and minds.

We thank the Lord for his grace and friendship and continuous guidance. As the psalmist says, “the more we hear of the Word of God, the better we will know him…..”

08 April 2022 Christian John 10:31-42 Meditation Nor His Words Prayer The Jews Do Not Recognise Jesus' Divinity