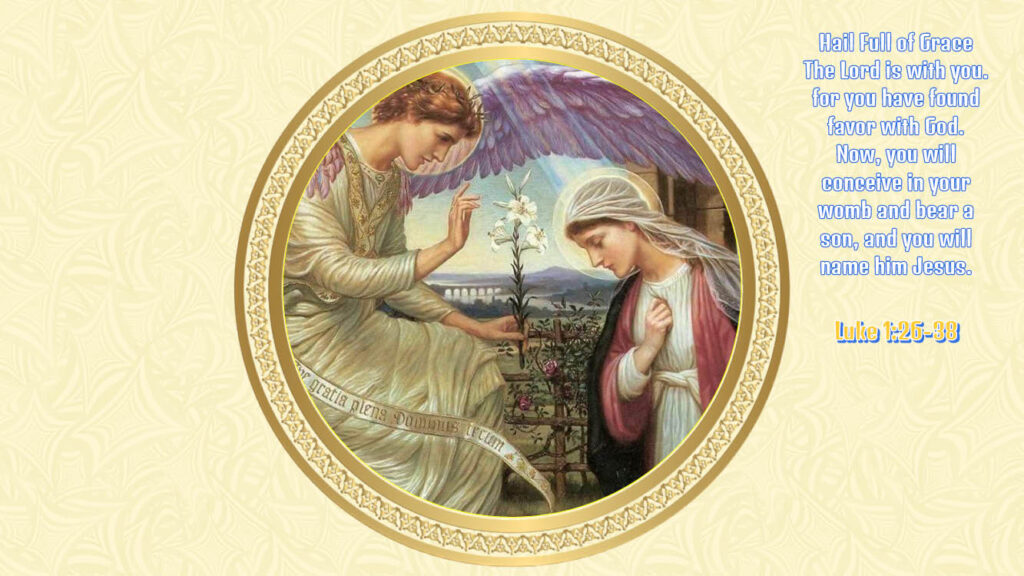 The Israelites had been waiting for about 400 years for a prophet as they were told that their Messiah would be coming from the line of David and he would reign over the house of Jacob.  (the Jews who have not accepted Jesus as their Messiah are still waiting).  Mary was a very devout and God fearing person.  She too had known of this promise but was startled to see the angel at her house as she never expected her to be the chosen one to be the mother of the Christ.  Mary did not hesitate to question the angel how this was possible as she was not married, but on hearing the reply for the angel calmly accepted the will of God.  It must have been a very difficult decision for her, as the world in which she lived would stone her to death if they knew she was carrying a child without being married, she knew that Joseph to whom she was betrothed could refuse to accept her.  She must have had so many questions at that time, but at the same time, she decided to trust God and let Him find a way to bring the child in the world and take care of both her and her baby.  Though she did not understand the message fully, she believed in God’s word completely.

The angel knowing the dilemma Mary was going through also breaks out the news of her cousin Elizabeth being pregnant for six months.  This would be an assurance for Mary that the angel’s message was from God as her cousin had passed her age of bearing a child, this news assured Mary that for God nothing is impossible.  He is God Almighty, Mighty.

Mary’s YES changed the world.  Jesus’ coming on earth brought a revolution of beliefs, thoughts and way of life.  Let us ask ourselves:

Let’s spend some silent moments and ask Jesus and Mary, mother of Jesus and our mother too, to reveal to us areas of our lives which are taking us away from our Lord God.  Ask for grace to accept our faults and repent.