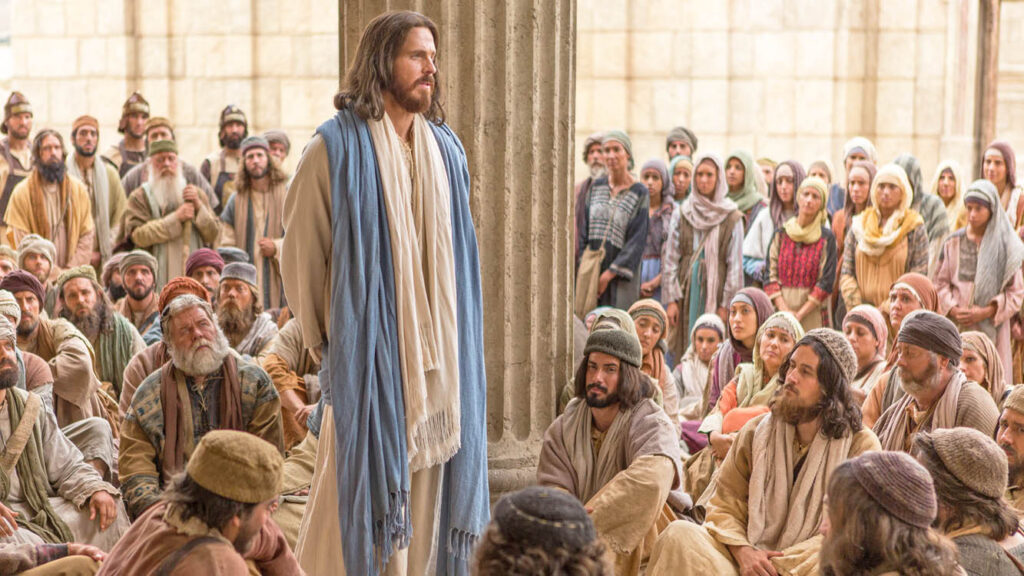 This is the Gospel of John, and the Evangelist writes giving us signs and indications of the reality of who Jesus is, at every twist and turn in this Gospel, and as to what he accomplished in our midst. In this sense v.22 is very indicative to what Jesus is saying in the rest of Today’s Gospel Passage. “At that time the festival of the Dedication took place in Jerusalem. It was winter,” This tells us that this is Hanukkah, once also called “Feast of the Maccabees,” it is a Jewish festival observed for eight days from the 25th of Kislev (usually in December, but occasionally late November, due to the lunisolar calendar){Source:: Wikipedia: Dedication} , to celebrate the re-dedication of the Second Temple, by the Maccabees, after it was desecrated by the Greeks. So here John is talking about Jesus the presence of God against the importance of the physical Temple. And we have to understand this dialogue between the Jews and Jesus against this understanding.

The Jews in this passage are shown in a dilemma; Jesus’ signs and wonders are all indicative of God’s Presence with him. But who is he really? Just another prophet like John the Baptist, or the Messiah, or the Son of God, as he was claiming. If he was the Son of God, than really there was no importance to the physical Temple, and Jesus’ claim in John 2:19 – to be the New Temple – the one on whom we would see Angels ascending and descending, made sense. But was he really? Then again how could God come on Earth as a menial human being? Had they not heard of the Mighty Yahweh, and how their ancestors were scared out of their skins, as He approached Sinai (Exodus 19:16), to make the Covenant with them. The Jewish understanding at that time stemmed from their fear of God – they related to him in a legalistic way as Father (they were the Creation of God), and not as their personal ‘My/Our Father (They failed to appreciate the reason for themselves being created).’

The Jews were not ready to give up their way of looking at God as a disciplinarian and Jesus knows this. They were just making excuses not to believing in this Form of God; where he came and became human because he loved them, and was not judging them. In short; they could not see God as ALL LOVE.

With this understanding then read these lines again;

The works that I do in my Father’s name testify to me;
My sheep hear my voice. I know them, and they follow me.
I give them eternal life, and they will never perish.
The Father and I are one.”

Lord we believe, help us to live our belief.