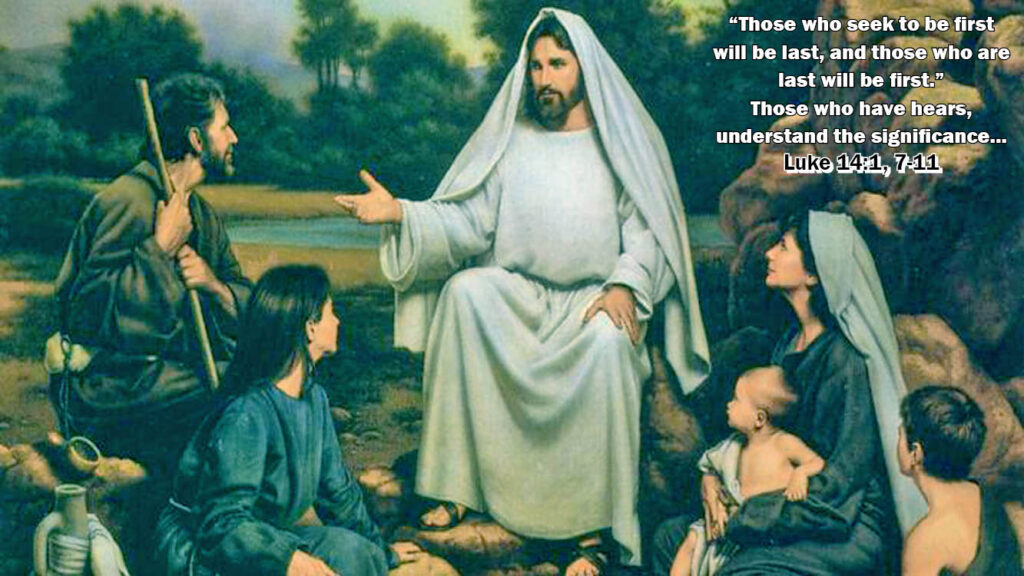 In today&#39;s gospel Jesus was invited for wedding banquet by pharisees. Jesus noticed that people came for the banquet was seeking honourable place to sit. Looking at the crowd Jesus started preaching them by using parable of the invited guest. In such ceremony honourable place is few and reserved for deserved person. On the basis of outward appearance people judge the deserving person and keep place for them. Pharisees and Sadducees very often placed in such honourable place as they are known for teaching of law in Jews community thus these people boasting about themselves and pride in their own self’s.

In today’s world people do the judgment among the people and honour them by seeing the outer appearance. I would like to share you an instance happen in south India. A man from a village a farmer went to city with cash bag in his hand to buy gold for his daughter marriage. He was looking very simple in stature and in white shirt and dhoti by looking his appearance the security guard refuse him to enter the jewel shop and assumed that he is a robber. Finally, the owner of the shop keeper called up the police. police came and enquired him and found that he was a genuine person and well famous person in his village. He was very rich person in his village. He was highly respected for his social work and kindness in his village. After the enquiry the farmer asked the shop keeper to respect the farmer and give human dignity. From this instant we come to know that simple person never boast on their own and least expects honours in public place. Honour and respect should be given by people willingly and should not be demanded from people.

Yes, friends in our life many time we too judge people by seeing their outer appearance and judge them. Many time we too expects honour and fame in public place and boast on own self. Many time family, relationship gets broke due to pride and boasting on own self. Today Jesus is inviting each of us to be humble in the world so that we shall be exalted in heavenly kingdom.