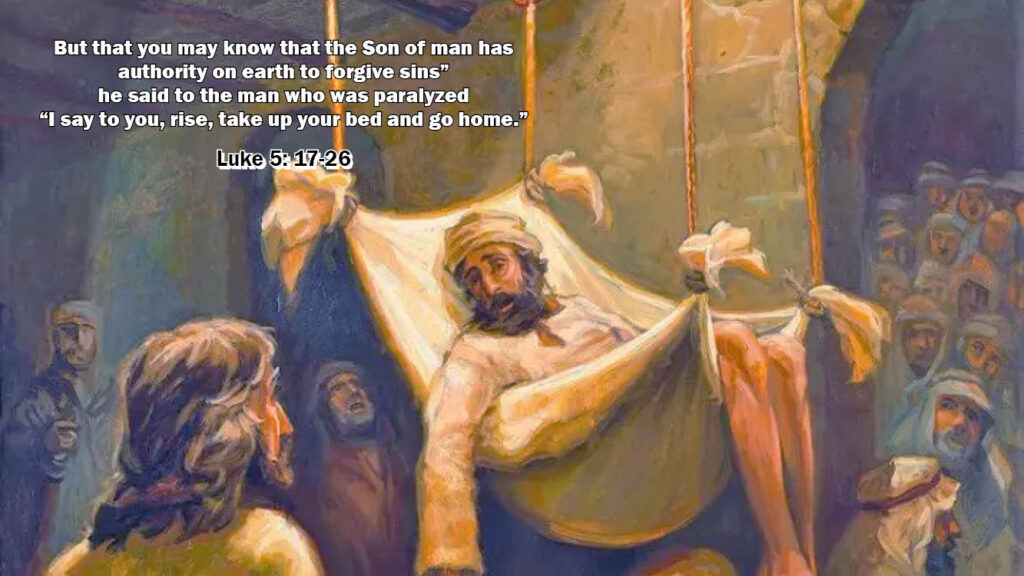 Today’s passage shows us conversion of many different people. Starting with the four men who heard about Jesus’ presence in one of the homes of the disciples.  They were the one who had complete faith that if they brought the paralysed man, who must have been their relative, friend or neighbour, he would be healed if they could get him anywhere close to Jesus.  They do everything to see that they don’t miss the opportunity, to the extend that they break open the roof of the house and let the paralysed man in.  Even Jesus was amazed at their faith and effort.  If we see, even today a person who is paralysed takes a long time to heal and many a times is either bed ridden or crippled.  I am sure in those days it must have been worst.

Secondly, the paralysed man himself who had lost all hope and given up on life.  We do not know if had any hope and faith that he would be healed but he agrees to be carried that was enough for him to be healed.

Then the crowds who had just gathered to hear Jesus whom they had heard about and wanted to know more about him.

Lastly the Pharisees and the teachers of law as it is mentioned who came from every village of Galilee and Judea, some must have come to find out whether was this man a true man of God and many came to find a fault in his teaching so that they could corner Jesus as we see them questioning Jesus’ authority to forgive as they said only God could forgive and Jesus was making himself equal to God.

But the last sentence summarises that all the above people, except a few Pharisees who were gathered saw the miracle that a man paralysed for years was healed instantly and were amazed and glorified God while returning home.  Seeing this miracle may be some of the Pharisees and teachers started reflecting as to if this was from God.

Let us reflect on this passage and see whom do we represent, one of the four faithful, the paralytic, the crowd or the Pharisees.  Lord help us to believe in you and your works and use us to bring to you others who have not yet known you.