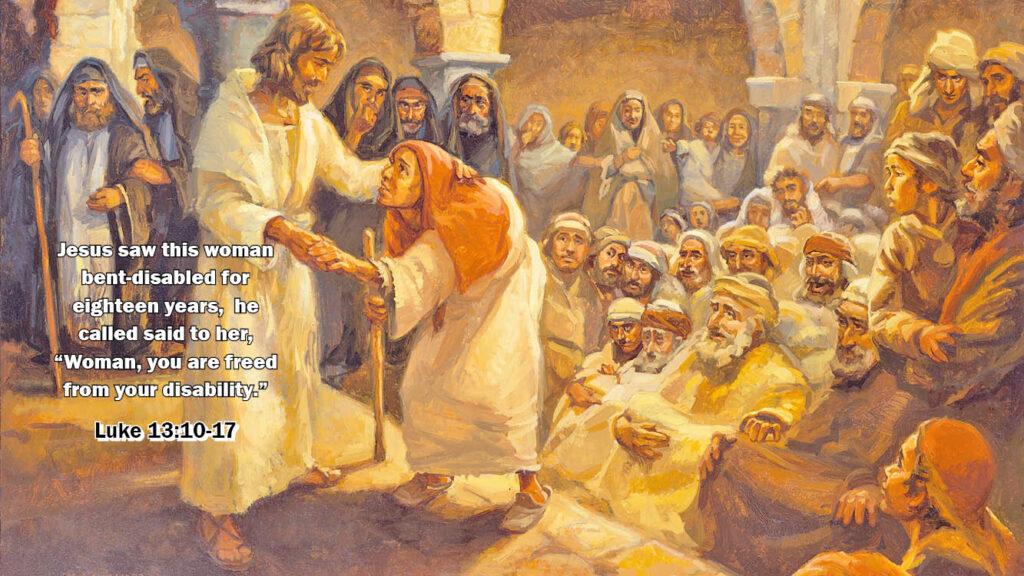 Jesus being who he is, immediately recognised the root cause of the infirmity of the woman in the synagogue who was bent for eighteen years.  While he was allowed to teach in the synagogue but was not allowed to heal the crippled woman.  The Pharisees and the leaders of the synagogue were ruthless and did not  care for the people, they were more particular about following the rules made by them.  And the irony was that they always forced the poor Jews to follow their understanding of the Law.

The third commandment “Keep the Sabbath Holy” was one of the first three commandments directed towards God and they followed it very strictly.  They were not even allowed to cook on the sabbath.  They prepared their meals a day prior and kept it ready and also did not work on this day.  However sick the person was he/she could not take treatment on a Sabbath.  They were very rigid.  They were supposed to spend the full day for the Lord, praying, praising and worshipping.  No other activity was allowed.

Hence, the leader of the Synagogue took objection and also as he was accountable of the activities happening in the synagogue.  Jesus wanted to educate the people that it was not important to follow traditions but to be compassionate and humble towards each other.

We also see that Jesus saw that the woman’s infirmity was caused by the satanic attack and he bound the evil and released her from the bondage and pain she suffered for eighteen years.

Lord Jesus help us to be compassionate towards others and not be rigid in following the rules and traditions laid down for us.  Give us the grace to understand others and help them in their time of need.