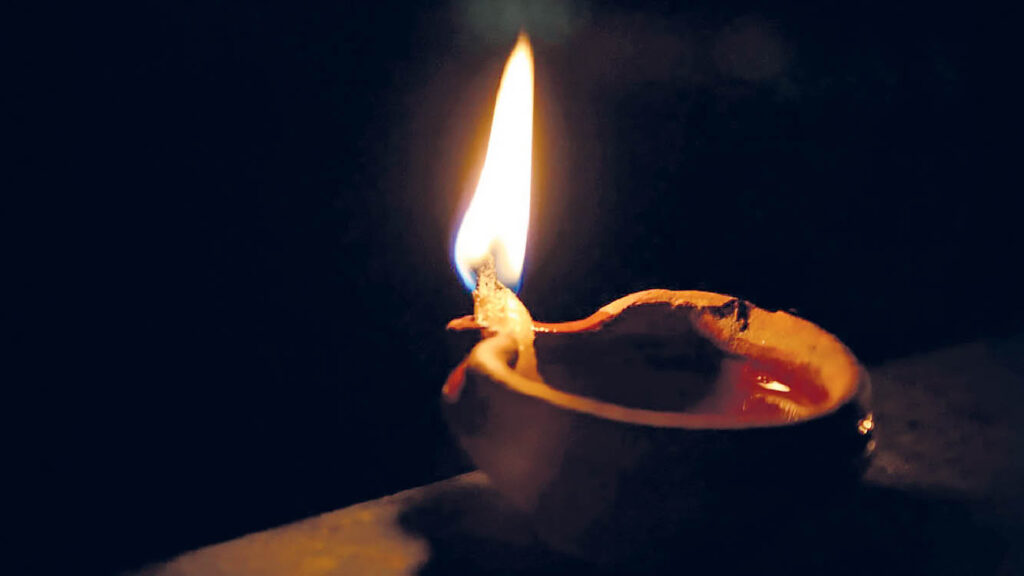 This passage of the lighted lamp is immediately after the parable of the sower who went out to sow the seeds.  As we are aware, that Jesus did not always speak in simple words which all could understand.

Jesus referred the lit lamp to the seed that fell in good soil, that is the one who heard the word and adhered to it.  He or she is the one who has understood the real meaning of the word and put in into action.  When one understands the deeper meaning of the secrets of the Kingdom of God, he or she will never remain silent.  By his/her words, action or teaching the change will be seen by all who are around, just like the light which brightens the room and takes away the darkness and makes visible the unseen things around. As the light shines on all, so is knowledge to be shared to all, but one also has to be careful of what they hear and understand.

And when someone learns the secret, he will want to know more and will seek for more and will be given more.  But at the same time there are others who have known little and think they know everything will lose all they have as they are not willing to seek.

An example for this is what we see, where many go and attend retreats, especially residential retreats and when they leave the retreat house they feel that now they are changed persons and think that now they are much above the others and little do they try to change their own lives but become teachers to others.

On the other hand, there are those few who after returning from a retreat make all efforts to work on themselves; to amend their way of life and hunger to seek more and study the word, by making attempts to read the bible, join Bible Study classes and groups, by listening to talks, sermons, attending seminars and so on.

So where do we stand, let us look into ourselves and find out what we lack.  Do we take enough efforts to learn, do we keep what we have learnt to ourselves or do we communicate the word to others by our deeds and words.  Let us ask Jesus to give us the grace to be to shine His Light to the World around us.