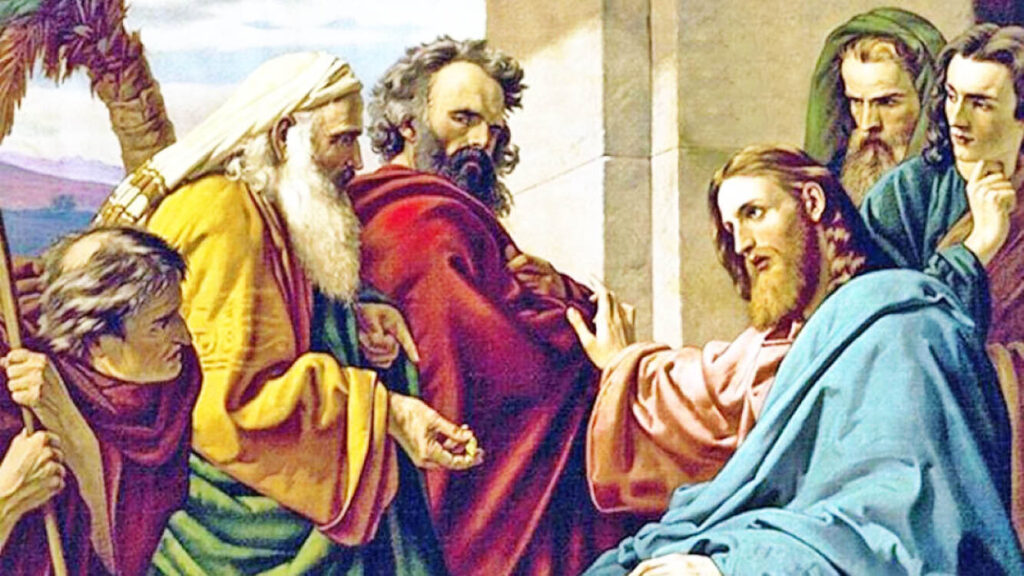 The Jews had a few occasions when it was mandatory to fast, especially on the day of Atonement and this was as per the law laid by Moses and if one does not fast, one had to face consequences.  There were some stricter Pharisees who fasted twice a week and as John the Baptist disciples also fasted twice a week probably as a custom or because John was in prison, they were also compared to these Pharisees.  If at all this fast was a mandatory as per Jewish law, even Jesus would have fasted.  The Pharisees always waited to corner Jesus and so find another reason to question Him.

John had mentioned Jesus to be the bridegroom earlier and so Jesus’ reply to the Pharisees that no wedding guests fasts, but his answer also had another message that when Jesus is not with the disciples, they will be fasting even much more and for sure that they would do it voluntarily and willingly.

The examples of old and new garment and wine and wineskin in the above passage was to convey to the Pharisees and all who had gathered that Jesus followers would no longer conform to the old ritualistic religious practices of Judaism, but he was here to change the whole old system of worship and bring the people closer to God by calling him Father and having a meaningful relationship with him.  He makes it clear that both the old and new ways cannot be followed together.  For Jesus’ disciples, fasting while Jesus was with them would have been like sewing a new piece of cloth on an old garment — it would have been incompatible.  Jesus’ point was that the old has gone, the new has come. The two are not compatible. To put new wine in old skins ruins both the skins and the wine. New wine requires new skins.

Let us now broaden our minds and hearts and check our weak points, for example do I still believe in superstition which has been believed by our ancestors, do we still follow rituals that are not as per Jesus’ teachings, especially during childbirth, weddings, funerals, etc. Do we impose on others to follow these rituals?  As we have seen during these days of pandemic, all the traditions were foregone and still everything else continued.  Let us learn from the experiences and ask Jesus to guide us to understand and follow the path he has set for us.