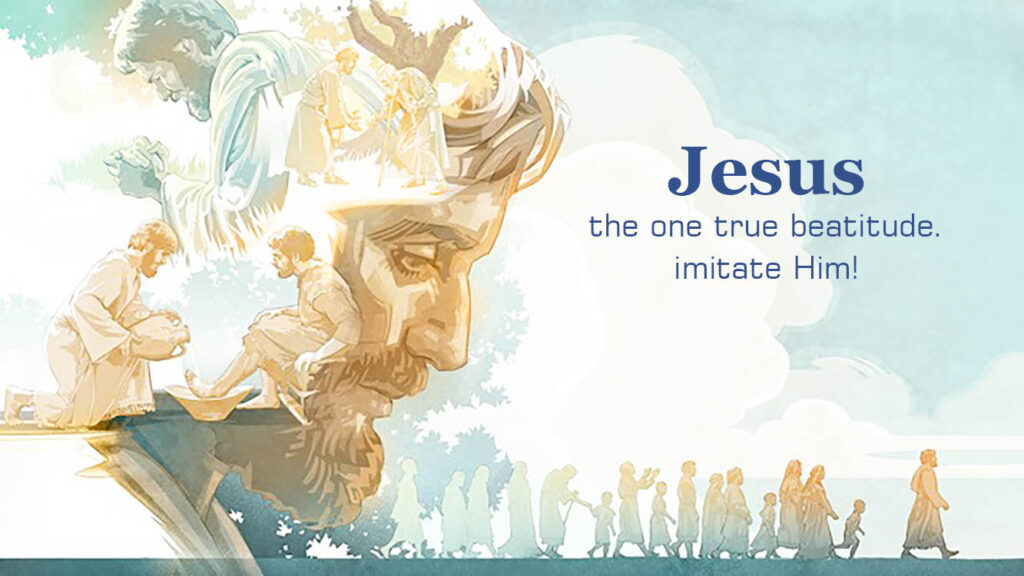 The Jews followed the  Ten Commandments rigorously and all the laws that were derived based on the Commandments.  As time passed, the total laws that the Jews had to follow were 613 in all, the don’ts were 365 and do’s were 248 and if they did not adhere to any rule, the poor Jews were punished by the leaders of the synagogue.  They put more stress on the fear of God than the LOVE of God.

As Jesus’ popularity increased, in today’s term we would have said gone viral after witnessing his works and miracles, Jesus uses this opportunity on seeing a huge crowd, to teach them the way one needs to live their life, rather than follow laws created by men.  Matthew stresses on the Mount as in the scriptures all encounters with God were on the mount, for example Abraham, Moses. Moses also gave the Ten Commandments from Mount Sinai. Here Matthew is suggesting Jesus the New Moses – the prophet promised by Moses.  Here Matthew summaries Jesus’ teachings  being given from a mount, and we can find them in three chapters, i.e. 5 to 7.   In contrast to the 10 Commandments given to Moses, Jesus gives the Beatitudes, highlighting a positive way of living, listing the values in life which will lead to spiritual prosperity and salvation.  Jesus aims to teach them to change their heart inwardly, so as to attain the qualities of life with promises of awards in the Kingdom of Heaven. Remember Jesus said he did not come to abolish the law but fulfil it.

If we read  and understand the beatitudes, we find that Jesus  has laid down the beatitudes so beautifully that the first beatitude leads to the second and second to the third and so on.

Just to give a gist, one has to be poor in spirit, not in riches, to be able to mourn for others and for the situation, this would lead a person to be meek.

So let us once again go through the beatitudes and ask the Holy Spirit to enlighten our minds and help us grow in the way Jesus wants us to.