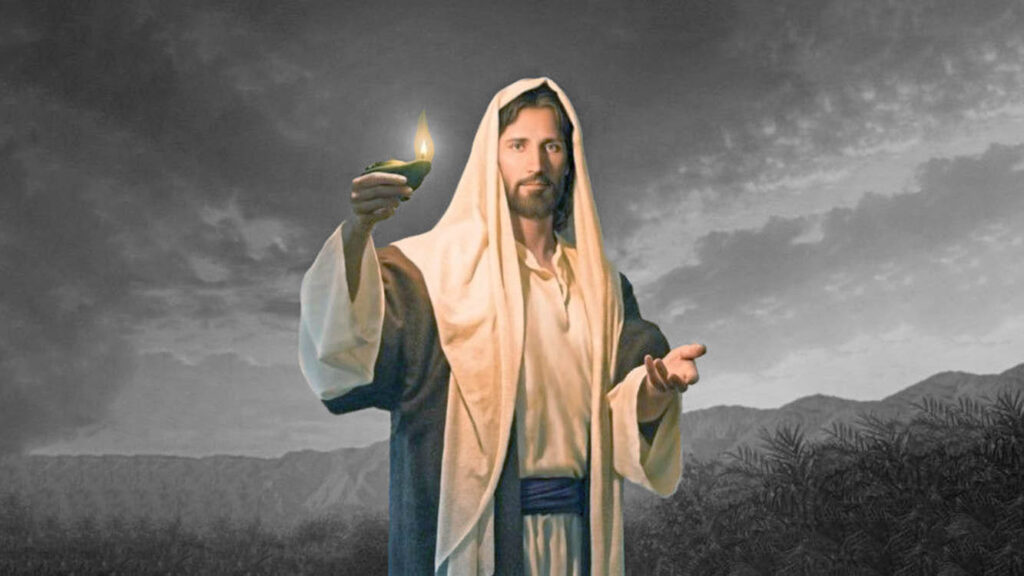 These words of Jesus were spoken at Tabernacle festival celebrated by all the Jews in Jerusalem where the Temple was.  This feast was instituted by the Lord in Leviticus – a seven-day festival to commemorate the Lord’s provision for the Israelites when they were led out of Egypt and into the wilderness – led by a cloud and a fiery pillar which gave continuous light.  The significance of the feast of tabernacles was more of the light that streamed through over their heads – not the light of the sun – but the light of the fiery pillar that led them by night to each resting place on their journey.

Jesus’ brothers had asked him to join them to go for the festival, but he refused saying his time had not yet come and mostly because the Pharisees had already started looking out for him to kill him.  But Jesus later went there secretly and was teaching.

For the Jews Jesus was to be the fulfilment of the feast of the Tabernacle but they had not recognized him as they were blinded. Hence when Jesus identifies himself to the Pharisees as “I am the Light of the world”, He was the one to lead them out of darkness into light and all those who follow the Light will not go into darkness, the Pharisees get upset.  The Pharisees were used to having two witnesses for any testimony so they do not accept Jesus identity. Jesus tells them that the second witness was his Father who would testify for him but Pharisees did not know Jesus so how would they know the Father.

Let us not be like the Pharisees.  It is for us to choose either the light that is righteousness or to prefer darkness that is evil.  Most of us have chosen to follow Jesus but fall prey to evil, we continue our bad habits, watch bad movies, get tempted to do wrong things and so on.  Let us pray to Jesus to give us the grace to be in your light continuously so that Jesus’ light can shine through us and will help lead others to the Light.