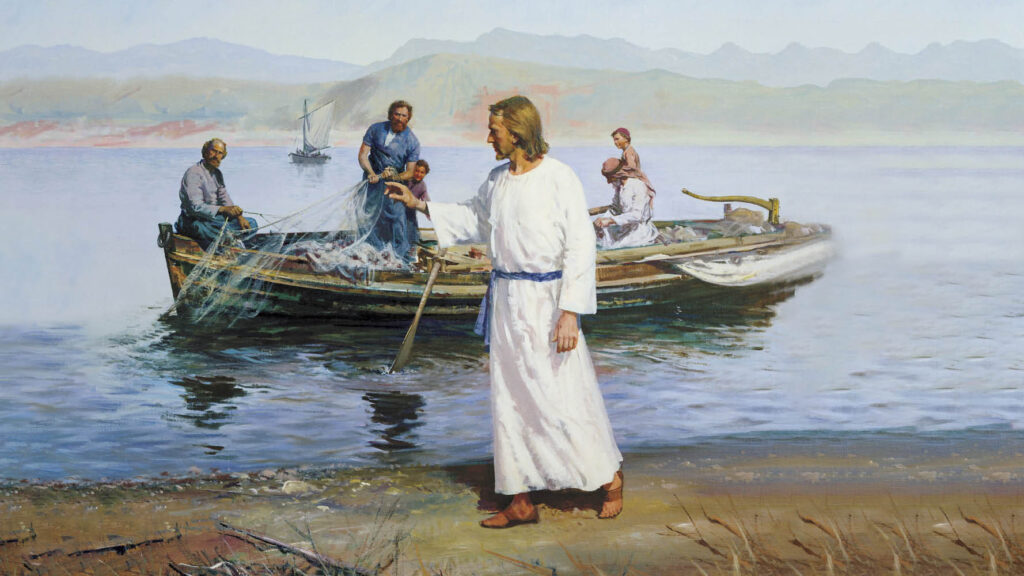 Mark was the first to write the Gospel as he saw most persecutions in Rome and wanted to write down the important events of Jesus’ ministry, passion death and resurrection and his is the shortest Gospel. He wrote for the gentile converts in Rome.  He was not aware how the other disciples were faring at other end as the communication systems were not as quick as they are today.

Hence in the first chapter itself we find Jesus begins his ministry.  Soon after John the Baptist was arrested by King Herod for condemning his marriage to the Herodias as she was previously married to his brother Philip.  Jesus felt low after John’s arrest and moved out to Galilee and continued the preaching of John asking the people to repent for the kingdom of God is near.  With this Jesus also begun his ministry of teaching, preaching, healing and many miracles that no one had seen before.  He became famous among the people and that’s the reason the fishermen who were ordinary Jews recognized Jesus to be the Messiah promised in Isaiah in the Old Testament, immediately followed him when they were called.  Their decision was so instantaneous that they dropped their work that was on their hand and left with Jesus leaving behind their profession, parents, family and everything.  How their families must have reacted.  Most probably they must have felt proud that their children were called by the Messiah himself to join Him in his mission.

The disciples did not question Jesus even once, without even knowing Jesus’ plan and what they were called to do, they accepted his call.

Does Jesus still call.  Yes, that’s the reason we find boys and girls joining the seminary and convents.  But does Jesus call us too, let us keep our ears open to listen to his voice and work in his vineyard in small ways by being an example of Jesus.