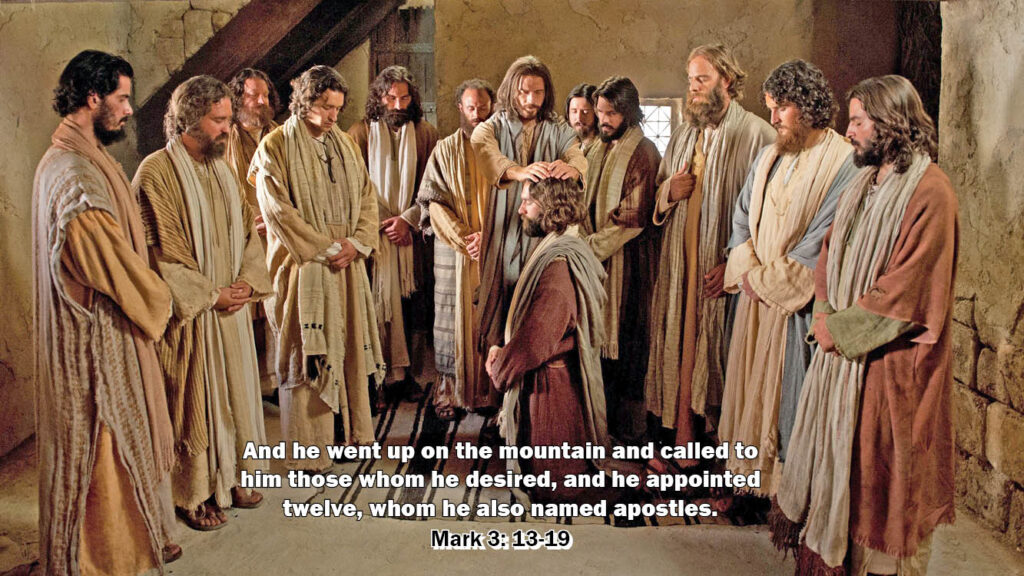 Jesus had many followers and disciples who followed him as he preached, who believed him and wanted to be a part of his group. However, Jesus chose the twelve whom he had interacted with very closely and who in turn responded to his call wholeheartedly. They were poor fishermen and  simple people but he made leaders out of them, staunch and faith filled believers, who even gave up their lives for him.
We see this in many situations, be it our jobs, vocations, careers etc. Only a few are selected among the group; the criteria could vary for each situation sometimes, merit based and sometimes not, but what makes the difference is our response to the call.

Do we pay attention to the call that we receive from Jesus, are we attentive enough and will we respond to our call wholeheartedly?