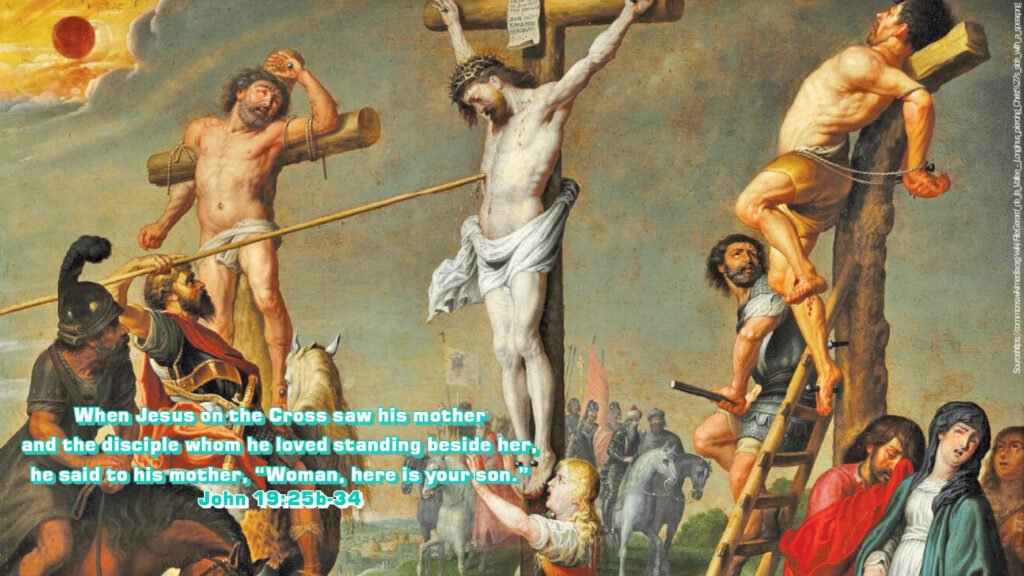 This passage is packed of number of events.  Let’s take it point wise:

Let us pray to Jesus to give us the grace to remain faithful to him till our last breath and give Mother Mary her due respect and accept her as our mother.  We pray that we join our Mother Mary to help build the church and bring unity within our Church.