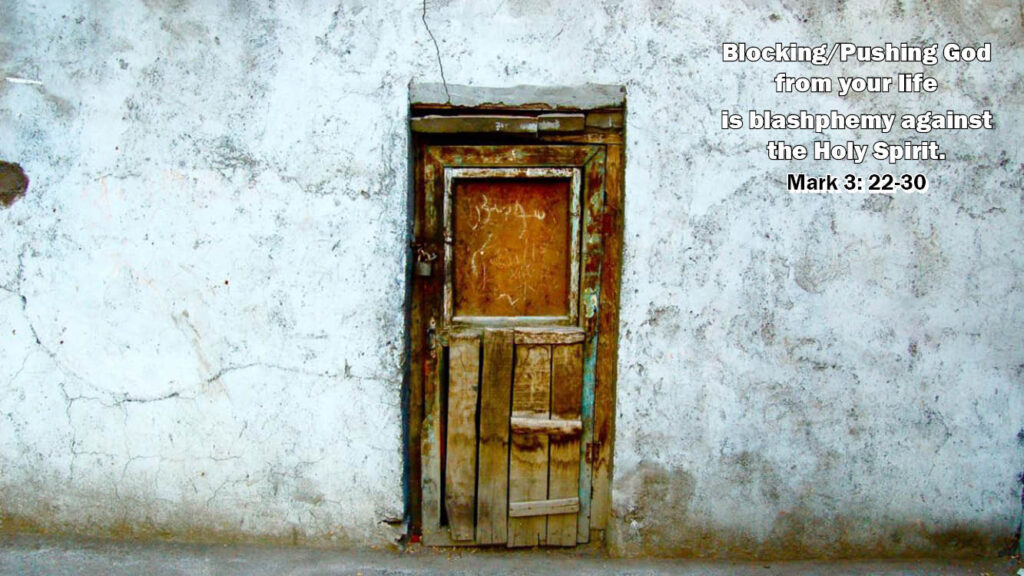 Jesus was never accepted by the Scribes and the Pharisees as Jesus spoke straight against their teachings cause they interpreted scriptures to suit their own understanding and exploit the poor Jews.  They were only waiting for an opportunity to catch Jesus doing wrong on the basis of Law/Rules (365 in numbers) laid down by these scribes.

But Jesus’ fame increased as he preached and healed the sick, paralyzed and demons left the ones possessed confessing that Jesus was the Son of God. When the scribes could not take it anymore, they accused Jesus to be possessed by Beelzebub, the head of demons and with this power that he could cast out demons without much effort, which was not possible by human effort. They also accused Jesus of having unclean spirit.

Jesus rebukes scribes saying that how can Satan cast out Satan, in this case there would be division in his kingdom, but Jesus explains that Jesus used his power and the power of the Holy Spirit to cast out demons and Satan as it required a stronger power and the concluding that Jesus power is much stronger than any other.  Jesus also warns the crowds that any charges against him could be forgiven by if anyone rebukes the Holy Spirit, their sins would never be forgiven.

Even today, many of our own Catholics/Christians doubt the healings, exorcisms that the anointed ones perform.  This is because of our less knowledge of the scriptures.  Jesus himself said that if we believe and have faith as little like a mustard seed, we can do much more.  Do we believe, do we have this little faith or do we also keep names to his followers who are able to do such miracles.

Let us reflect on this passage and see where we stand, among the scribes, crowds or on Jesus’ side.  Lord Jesus give us the grace to read your Word daily to understand your works and increase our faith.