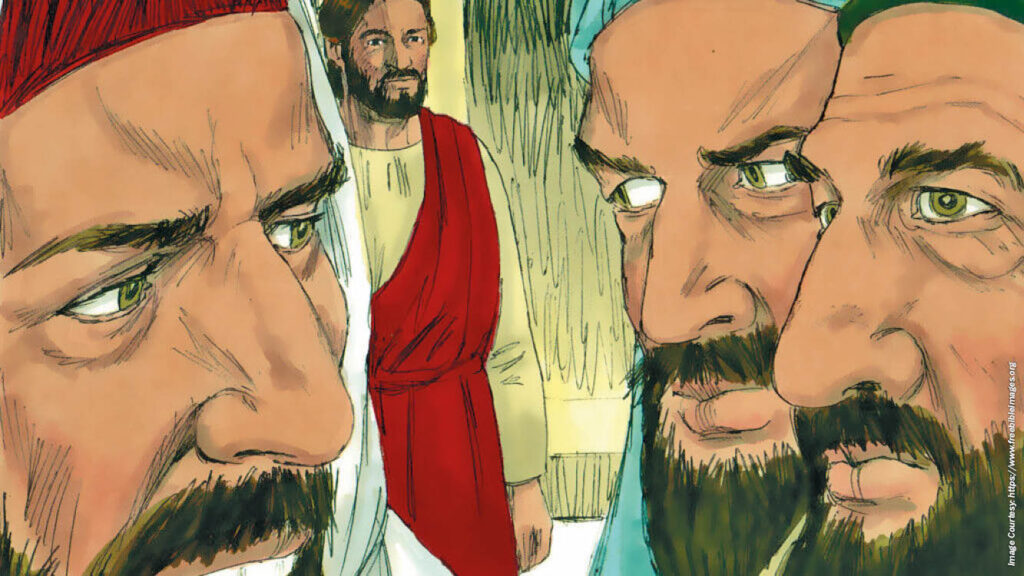 The Pharisees would make all attempts to get a non-Jew to believe in the one God of the Jews, even travel to places to get one to convert (this is a compliment from Jesus) and once they find one they make them like themselves, cruel and ruthless, giving them misguided/misunderstood teachings and miss their chance to enter in heaven. In these verses we see the two woes Jesus made on them, He called them hypocrites because they would always preach one thing and don’t follow them.  Fine the poor Jews for failing to follow any rule and would wait for an opportunity to punish the poorer Jews.  In the name of religion they would harass people and force them to do things and increase their burdens instead of reducing them.

In referring to hell, Jesus referred to eternal damnation, a place of temporary abode of the wicked in the intermediate state and that the Pharisees and their proselytes both would end up in eternal damnation.

The next woe is mentioned in next verse, based on the trickery of the Pharisees, who held that swearing by the gold of the temple bound the oath. Jesus denounced them as both fools and blind, as obviously the gold was meaningless unless it was sanctified by the temple, and the gift on the altar was meaningless unless it was given significance by the altar. Repeating His accusation, He declared to them “Ye fools and blind:  and concluded that an oath based on the temple was binding, just as an oath based on heaven carried with it the significance of the throne of God and God who sits on the throne.

Though the Pharisees and Scribes had their own differences, they would always join hands together whenever they wanted to corner Jesus with tricky questions, so that they could report about him and his teachings.

Let’s look at ourselves, do we at times become like the Scribes and the Pharisees condemning others and overlooking our own.  As we ponder over this passage let us ask Jesus to remind us of any or our acts in the past and help us to make amends to our life so that we are able to enter the Kingdom on our last day.