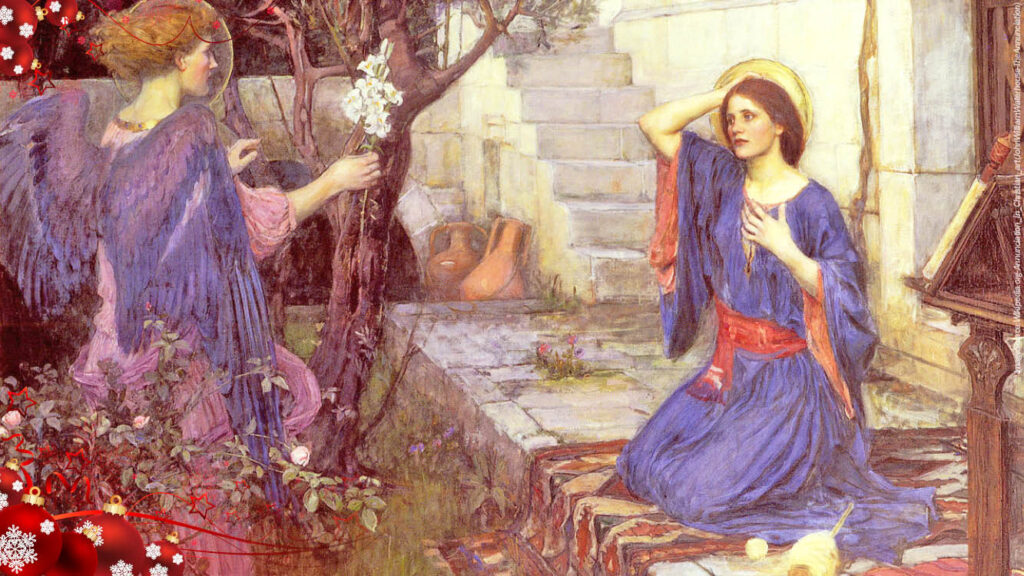 Mary as a teenager at this tender age said her YES and became the mother of the Son of God and the mother of all humanity.  By her acceptance she opened the door to all to heaven through her son Jesus.  The door which was closed by the sin of our first parents Adam and Eve due to their disobedience to God the Father.

God chose Mary from her conception, and she was brought up in righteousness by her parents Joaquim and Ann.  At a young age Mary knew her scriptures well, she was aware of the angels of God and of coming of the Messiah.  But was she prepared for this big change that was to come in her life?  Did she understand all that the Archangel Gabriel said to her?  But yes, for sure, she was doubtful of giving birth to a child as this was not humanly possible as she was not married and had no physical relation with any man, though she was betrothed (engaged) to Joseph.

The Angel was kind enough to explain to her that the Holy Spirit would come upon her and she would conceive (by this she becomes the spouse of the Holy Spirit) and also gave her a sign to confirm.  He tells her that her cousin who was very old and not of the age to conceive, was pregnant and in her sixth month which is affirmed when she visits Elizabeth her cousin, just not to make sure what the Angel told her, but to help her out and be with her during the difficult time.  Mary believes in the message of God and not thinking of the consequences, accepts to bear the child in her womb.  She knew well that if a woman gets pregnant out of marriage, it was possible to be stoned to death and also was not sure how Joseph to whom she was betrothed would react.  Her faith is seen in her trusting God to make possible the way once she commits herself. Her Yes than is a well informed Yes to the messenger of God.

What an honour to be the mother of God, and as she helped Jesus grow from giving him birth to his childhood, his adolescent and to a young man.  She kept in her mind all she heard from Angel Gabriel and at the same time help many to experience Jesus through his teachings and works like the one mentioned in John’s Gospel at the wedding at Cana.