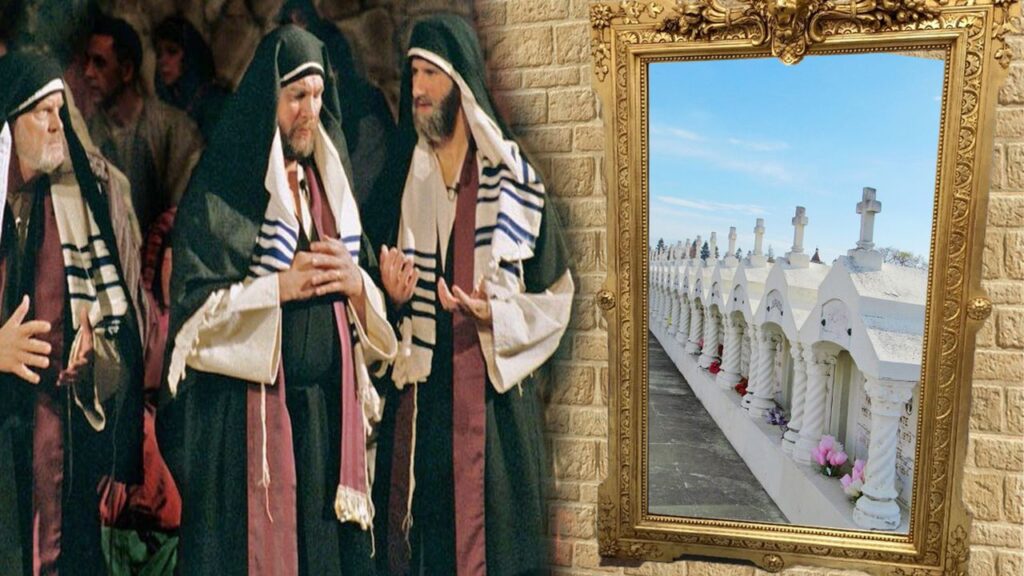 The things to note in the above sentence is that Jesus is definitely making a stand and expressing an opinion on the activities of the Scribes and Pharisees. And it would seem as harsh as his actions in cleaning the Temple of the Money Lenders and the traders. Here Jesus also gives a basis for this harsh comparison he is drawing.