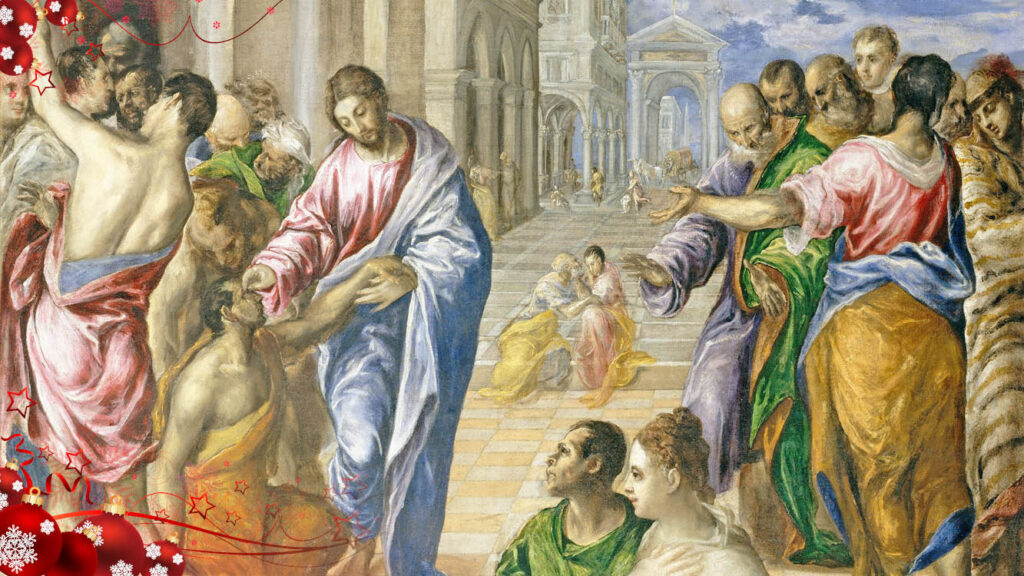 The message that John the Baptist proclaimed was, “Repent and make yourself ready, for the Creator is coming.” This was in sync with the prophecies of Daniel. There were the four dynasties which controlled Jerusalem and the Middle East, and Rome being the Fourth of these. There was a lot of fervour also because of John the Baptist, because he was the first Prophet in approximately four hundred years.

One day John the Baptist sees his Cousin coming to be baptised and sees/understands God’s Spirit in Him – he sees the dove alighting on him. He knows this is the Messiah, the Creator and Author of all Life. He so states to Jesus that he should not be Baptised by himself, because he requires no repentance, but it should be John who needs to be baptised by Him. To this Jesus indicates that He needs to complete everything as Man and hence it is proper that he receive John’s Baptism in all humility. After Jesus’ Baptism he also sees the theophany of God-Father expressing his favour of Jesus. As time passes he sees start his ministry, and this is where the confusion starts.

John’s message was to Repent and then Believe, but Jesus starts by inviting everyone, as they are, even in sin, to come and remain with Him. Check for themselves, God’s Love and Mercy, and through the convictions they acquire, to believe, then repent and continue trusting God. This message was so different from the Hell and Brimstone tone of John’s Message, that John becomes a little circumspect. Yet all that he has seen and been given to understand by God, makes him hold on the the conviction that Jesus is the Messiah-God. Yet languishing there in jail, John needs that final confirmation… so he sends his disciples to Jesus.

Jesus’ answer is from the prophecies of Isaiah, “the blind regain their sight, the lame walk, lepers are cleansed, the deaf hear, the dead are raised, the poor have the good news proclaimed to them.” In effect what Jesus is doing is driving aware John’s confusion by asking him to direct his attention to the fruits and not actions…