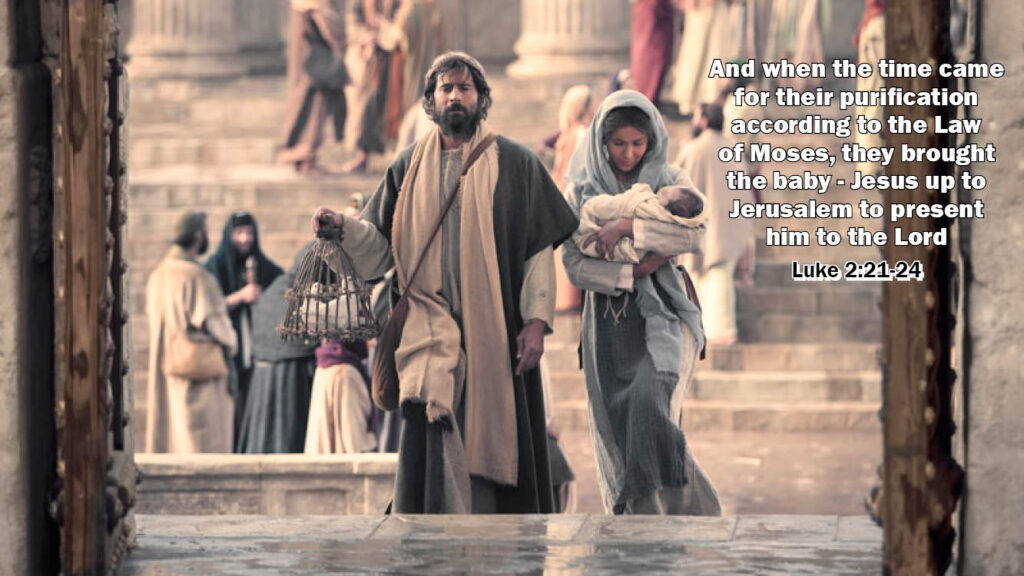 The one who was worshipped in the temple, and to whom the sacrifices were made, to whom allegiance was sworn is the one who was being brought to the temple, as a babe, to be circumcised and purified and to be offered to God and redeemed. A thing to be grasped, thought about and understood. Along with the Incarnation (God becoming Human), this humility of the creator God is the central theme against which we can understand God not as creator but as Father.

Take the time to think what it means in human terms, for God to keep aside his identity and identify with humanity. What must have been the reason for God to do such a thing? The answer is simple… Imitation of the Man-God – Jesus. We have with the starting of the New Year had two wonderful examples to imitate on January One and Two, now this is the example par excellence. Imitate Him and Worship Him in Spirit and Truth.