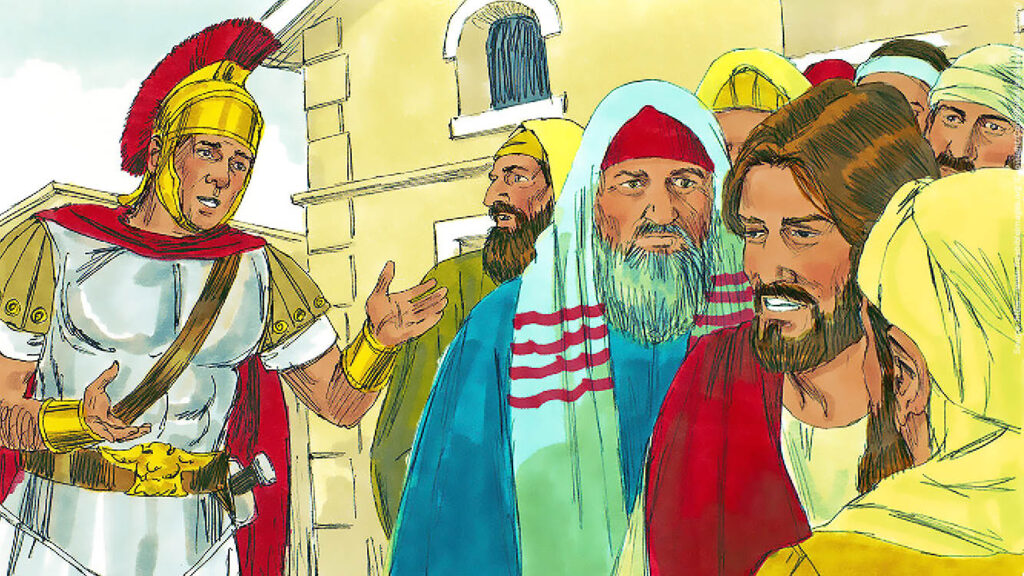 Who is this Centurion, surely not a Jew.  He is a Roman, holding a high position of authority in the Roman Military.  He seems to be a good human being as he cares for his servant who is so sick.  Being in such a high position he must have tried all medical cures to heal his servant and at the same time this servant also must have been with him for a long time and was faithful to the Centurion.  The Centurion waiting for Jesus show us that he was aware of Jesus and the wonders he was doing and also aware of Jesus’ teaching. The reason of his knowing so much of Jesus was probably his position of a Centurion. He probably has understood that Jesus is someone divine, because of the words, wisdom and understanding he imparted through his teachings. That’s the probable reason reason he said he was unworthy to even face Jesus in person, so he sent some of the elders from the synagogue to find Jesus and take him to his house to heal the servant.  The Centurion’s faith was so strong that he was very sure that Jesus’ visit would save his servant’s life.

Jesus did not refuse to go to the Centurions house though he was not a Jew, in fact he immediately agreed.  Here we see that Jesus’ mission was not just for the Jews but for everyone. He does not refuse anyone who seeks him with faith.

Later the Centurion, thought about Jesus’ power and ability to heal and realised that Jesus does even have to be physically present to heal his servant, but only saying the word was enough to drive the sickness away.  The Centurion, realised that he being in position of authority, was obeyed when he exercised his authority and commanded anything. He knew his word had much power and he could get things done just by giving instruction, so how much more power was Jesus’ he who had come from God.  At this, the Centurion sends his friends to meet Jesus with say the words at every mass “Lord, I am not worthy to receive you, but only say thy word and my soul will be healed”.  Jesus also was amazed at the faith and knowledge of Jesus the Centurion had and so comparing him to the Jews, Jesus said that his faith was much more than all of Israel.

As we conclude, let us ask Jesus to make us like the Centurion, who knew everything about Jesus and his teachings that we too may study the word of God and know Jesus who is Word, seek to study scriptures and believe that Jesus hears our every cry and works only for our good.  Lord increase our faith like the Centurions.