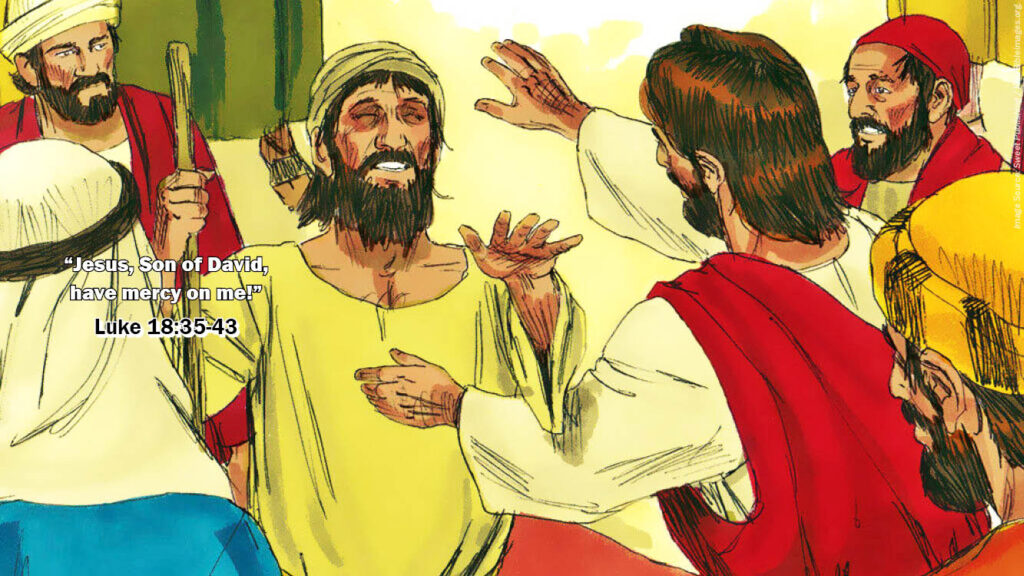 The key to this story is the blindness of this man who was begging. Sitting by the roadside, listening to all the stories and gossip that went around, or even listening to conversations  of those who passed him, this man must have heard about Jesus. He knew as much as all the Pharisees and Sadducees about Jesus. Yet he is the one  who believed. He believed Jesus is the promised Messiah – the Son of David who would redeem Israel and all the people of the world. On the other side, the Pharisees and Sadducees also were asking Jesus for a Sign, so they could believe. But even before asking, their minds were made up about Jesus, “What possible good can come from Nazareth?” So who do you think had the real blindness?

Can we lay aside our doubts and approach Jesus. Sit at his feet and in all sincerity speak to Him. Ask Him to reveal Himself to us, remove our blindness, that we may see Him truly. Maybe some of us are in a position, that you cannot say, ‘Jesus, son of David – You are the Christ.’ But tell Him that. Come to Him like Nicodemus in the night (John 3), get into a discussion with Him, and receive sight, physically and spiritually like Nicodemus and this man who no longer was blind. The fact that this man was not an opportunist, can be made out by his actions after receiving his sight, He followed Jesus everywhere, for the words that he cried out, were ones that came from his heart, there was not deceit in them.